"The chemical energy for life exists within the ocean of a small moon of Saturn." 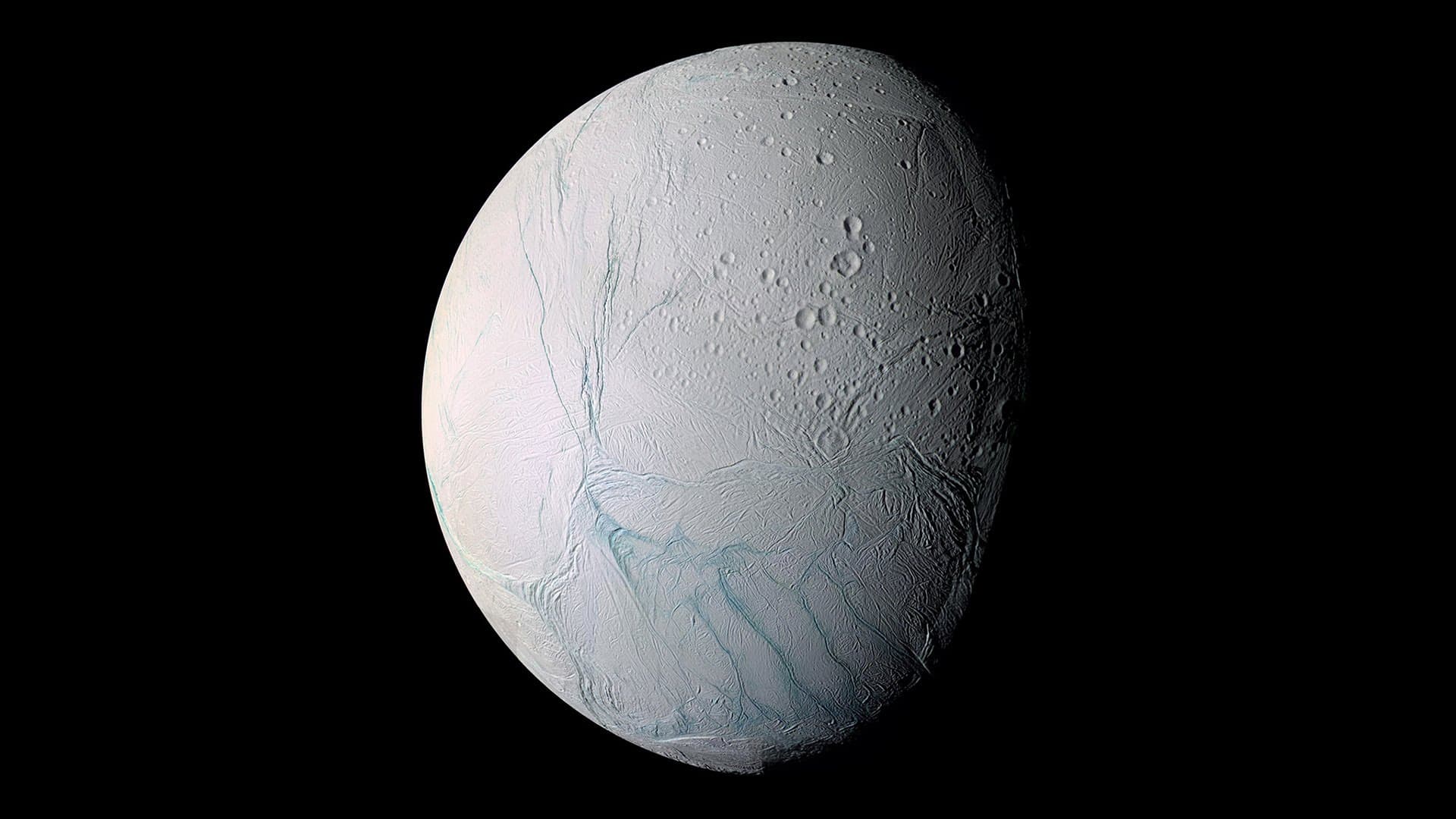 NASA just released evidence that a liquid water ocean that could support life lies beneath the icy surface of Saturn's moon Enceladus. The agency reports that the world has many of the "ingredients needed for a habitable environment."

Thanks to Cassini, organic chemicals—carbon, hydrogen, nitrogen, oxygen, phosphorus and sulfur—which are the basic building blocks of life, were seen spraying forth from the "tiger stripe" cracks on the cold surface of the moon.

Additionally, in the paper published in Science, which comes from researchers on the Cassini mission, it was revealed that molecular hydrogen, which NASA notes, "could potentially provide a chemical energy source for life," is pouring into the ocean on Enceladus via hydrothermal vents on the seafloor.

It has almost all of the ingredients you would need to support life as we know it.

In an interview with The Washington Post, Peter Girguis, a deep sea biologist at Harvard who is not associated with the research, noted the significance in relation to discovering microbial life: "For a microbiologist thinking about energy for microbes, hydrogen is like the gold coin of energy currency. If you had to have one thing, one chemical compound, coming out of a vent that would lead you to think there’s energy to support microbial life, hydrogen is at the top of that list."

"Confirmation that the chemical energy for life exists within the ocean of a small moon of Saturn is an important milestone in our search for habitable worlds beyond Earth," added Linda Spilker, Cassini project scientist at NASA’s Jet Propulsion Laboratory, in a NASA press release. "We now know that Enceladus has almost all of the ingredients you would need to support life as we know it on Earth," she continued.

To clarify, water, which supports and cradles life on Earth, is abundant in our solar system. As University of Michigan planetary scientist Sushil Atreya told Scientific American, water is necessary for life-as-we-know-it for a number of important reasons: "Liquid water acts as a solvent, as a medium and as a catalyst for certain types of proteins, and those are three main things that allow life to flourish."

Indeed, everywhere that we find water on Earth, we find life—and enough water appears to be on this world, and in the proper conditions, that it seems likely that we will find alien life there.

"The way the jets react so responsively to changing stresses on Enceladus suggests they have their origins in a large body of liquid water," Christophe Sotin co-author and Cassini team member said in the NASA release. "Liquid water was key to the development of life on Earth, so these discoveries whet the appetite to know whether life exists everywhere water is present" (pun, probably, intended).

"Although we can't detect life, we've found that there's a food source there for it. It would be like a candy store for microbes," said Hunter Waite, lead author of the Cassini study.

In a statement, Thomas Zurbuchen, associate administrator for NASA's Science Mission Directorate at Headquarters in Washington, succinctly summarized the significance of the find: "This is the closest we've come, so far, to identifying a place with some of the ingredients needed for a habitable environment. These results demonstrate the interconnected nature of NASA's science missions that are getting us closer to answering whether we are indeed alone or not."