NASA Is Considering Sending a "Dragonfly" Drone to an Alien World

The drone-like robot could help us explore the potential for life on Titan. 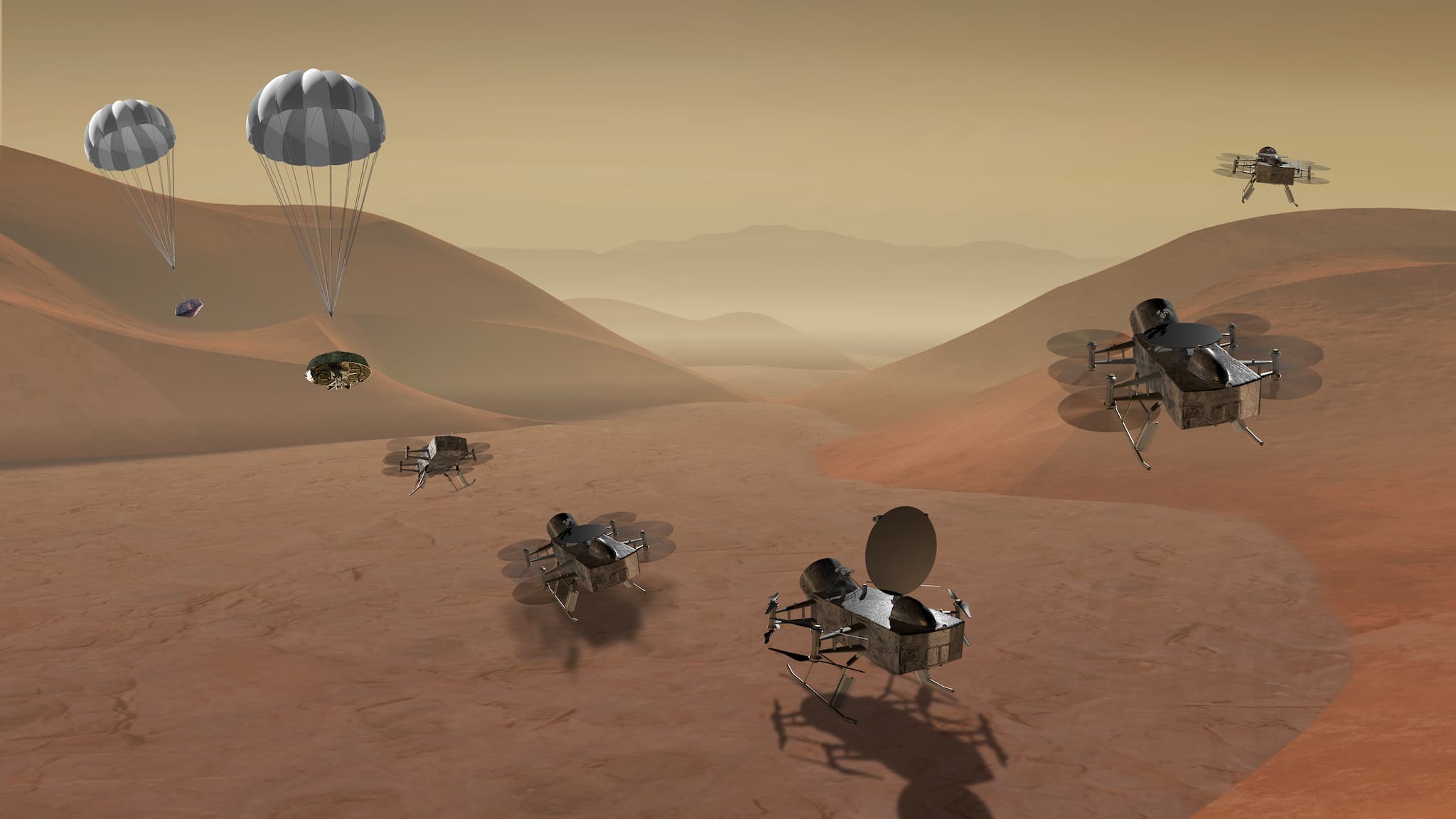 Sending a "Dragonfly" Drone to an Alien World

With its vast oceans and methane-filled rivers and lakes, Titan is a prime candidate for the search for extraterrestrial life. While our knowledge of Saturn's largest moon grew tremendously thanks to the now-defunct Cassini mission, the question of whether Titan is home to primitive lifeforms remains a mystery. Now, NASA's recent selection of Titan as a possibility for further exploration under its next New Frontiers mission indicates they might want more answers. Selected from a field of 12 possibilities, NASA chose a quad-copter known as "Dragonfly" as one of two finalists for its next nearly billion-dollar mission. The "Dragonfly" drone, like its namesake, would flit between different parts of Titan's surface to study the moon's landscape and its habitability.

The other contender is a mission to the comet 67P/Churyumov-Gerasimenko, where a lander would snag a piece of the comet's nucleus and return it to Earth for further study.

The plutonium-powered drone would alternate between taking measurements on the moon's surface and flying from one site to another, traveling tens to hundreds of kilometers with each flight.

Elizabeth Turtle, principal investigator for Dragonfly from Johns Hopkins University Applied Physics Laboratory, told the HUB, “Titan is a fascinating ocean world. It’s the only moon in the solar system with a dense atmosphere, weather, clouds, rain, and liquid lakes and seas—and those liquids are ethane and methane. There’s so much amazing science and discovery to be done on Titan." During a NASA teleconference on December 20, 2017, Turtle said the Dragonfly was expected to land on Titan in 2034.

Many scientists have compared the conditions on the surface of Titan to the conditions that may have existed on early Earth. In fact, NASA even stated that, "In many respects, Saturn's largest moon, Titan, is one of the most Earth-like worlds we have found to date." So even if life is never discovered on Titan itself, it could be an ideal place to explore how life came about on Earth.