They will sample water to see if the world may host extraterrestrial life. 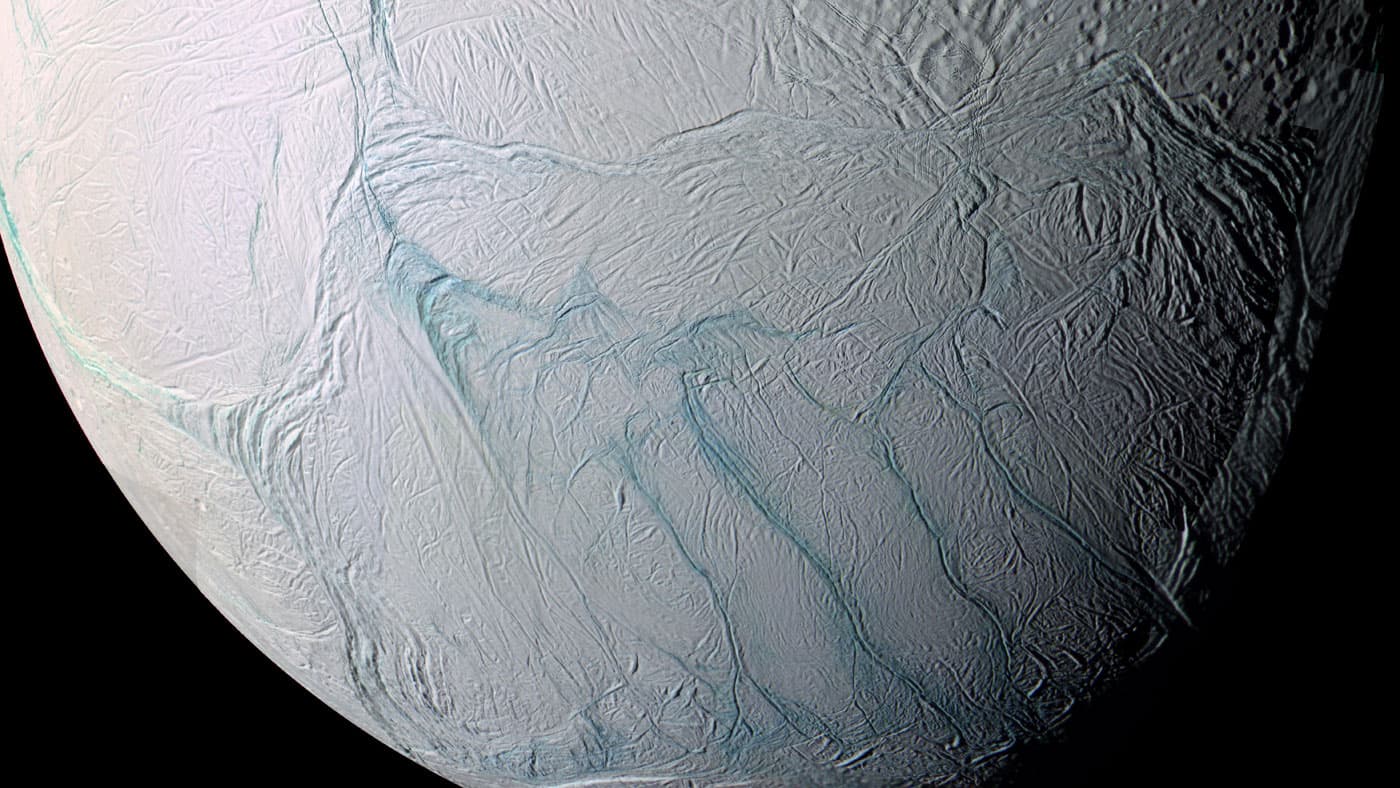 NASA wants to utilize the power of SELFI — or the Submillimeter Enceladus Life Fundamentals Instrument — to hunt for signs of life on Saturn's moon Enceladus. The agency just announced that they've received support to move forward on the development of the remote sensing submillimeter-wave or radio instrument, and once completed, they'll use it to study the composition of water vapor and ice-spewing geysers at the south pole of Enceladus.

“Submillimeter wavelengths, which are in the range of very high-frequency radio, give us a way to measure the quantity of many different kinds of molecules in a cold gas," principal investigator Gordon Chin said in a NASA news release. “Molecules such as water and carbon monoxide, and others, are like little radio stations that broadcast on very specific frequencies that say, ‘Hey, I’m water, I’m carbon monoxide.'"

By allowing scientists to identify and measure these chemical traces in the plumes of the emissions from Enceladus' geysers, SELFI will help them understand the ocean beneath the icy crust of the moon. Any new information about its composition could lead us down the path to discovering life on Saturn's moon

"We can scan through all the plumes to see what’s coming out from Enceladus. Water vapor and other molecules can reveal some of the ocean’s chemistry and guide a spacecraft onto the best path to fly through the plumes to make other measurements directly,” said Chin.

Although SELFI won't be the first submillimeter-wavelength device, it will represent a significant improvement over existing systems.

“The spectral lines are so discrete that we can identify and quantify chemicals with no confusion whatsoever,” Paul Racette, a Goddard engineer who serves as the effort’s chief systems engineer, noted in the news release.

Hydrogen is one of the 13 molecular species SELFI has the ability to detect in Enceladus' water plumes, and as Chris German, an oceanographer with a background in geochemistry and an affinity for astrobiology, told Futurism, that detection could tell researchers quite a bit about the ocean.

"If hydrogen is persisting long enough through the ocean to come out the top, then it suggests that hydrogen is in short supply," said German. A slew of additional questions would follow, such as whether the water contains anything that could react with the hydrogen. If not, is the ocean completely stagnant?

Even if scientists don't find any signs of past or present life on Saturn's moon, SELFI could be used on other, icy bodies within the outer solar system. As German noted, a region on a planet or moon wouldn't even need to have access to sunlight to host life: "If you have water and rocks in contact with each other, there are still ways that you could sustain life." Ultimately, SELFI will provide researchers with a very valuable tool in the hunt for life beyond Earth.

Read This Next
Lonely Planet
Scientists Find Nearby Planet the Same Size of Earth, Plan to Search It for Life
Shoo
Scientists Warn Giant Asteroid Is Actually Swarm, Nearly Impossible to Destroy
A Sip of Opal
NASA Discovers Precious Gemstones on Mars
Moon Wrestling
The Head of NASA Is Scared Chinese Astronauts Will Seize Portions of the Moon
Shot Well
Head of NASA Relieved to Hear Elon Musk Isn't REALLY Running SpaceX
More on Off World
Take Cover
Yesterday on the byte
Space Startup Blows Up Another Giant Inflatable Space Station Module
Rock Blast
Yesterday on the byte
Scientists Say There's an Upside to Those Rocks That Keep Bludgeoning the James Webb
Meathead Theory
Yesterday on the byte
Professor Receives Insane Email Claiming "Biological" Green Comet Is Giving Off "Meat Smoke"
READ MORE STORIES ABOUT / Off World
Keep up.
Subscribe to our daily newsletter to keep in touch with the subjects shaping our future.
+Social+Newsletter
TopicsAbout UsContact Us
Copyright ©, Camden Media Inc All Rights Reserved. See our User Agreement, Privacy Policy and Data Use Policy. The material on this site may not be reproduced, distributed, transmitted, cached or otherwise used, except with prior written permission of Futurism. Articles may contain affiliate links which enable us to share in the revenue of any purchases made.
Fonts by Typekit and Monotype.