Saturn’s Largest Moon Could Power a Population the Size of the U.S.

“I think long-term, after Mars, Titan’s probably the next most important place that people will have an extended presence.” 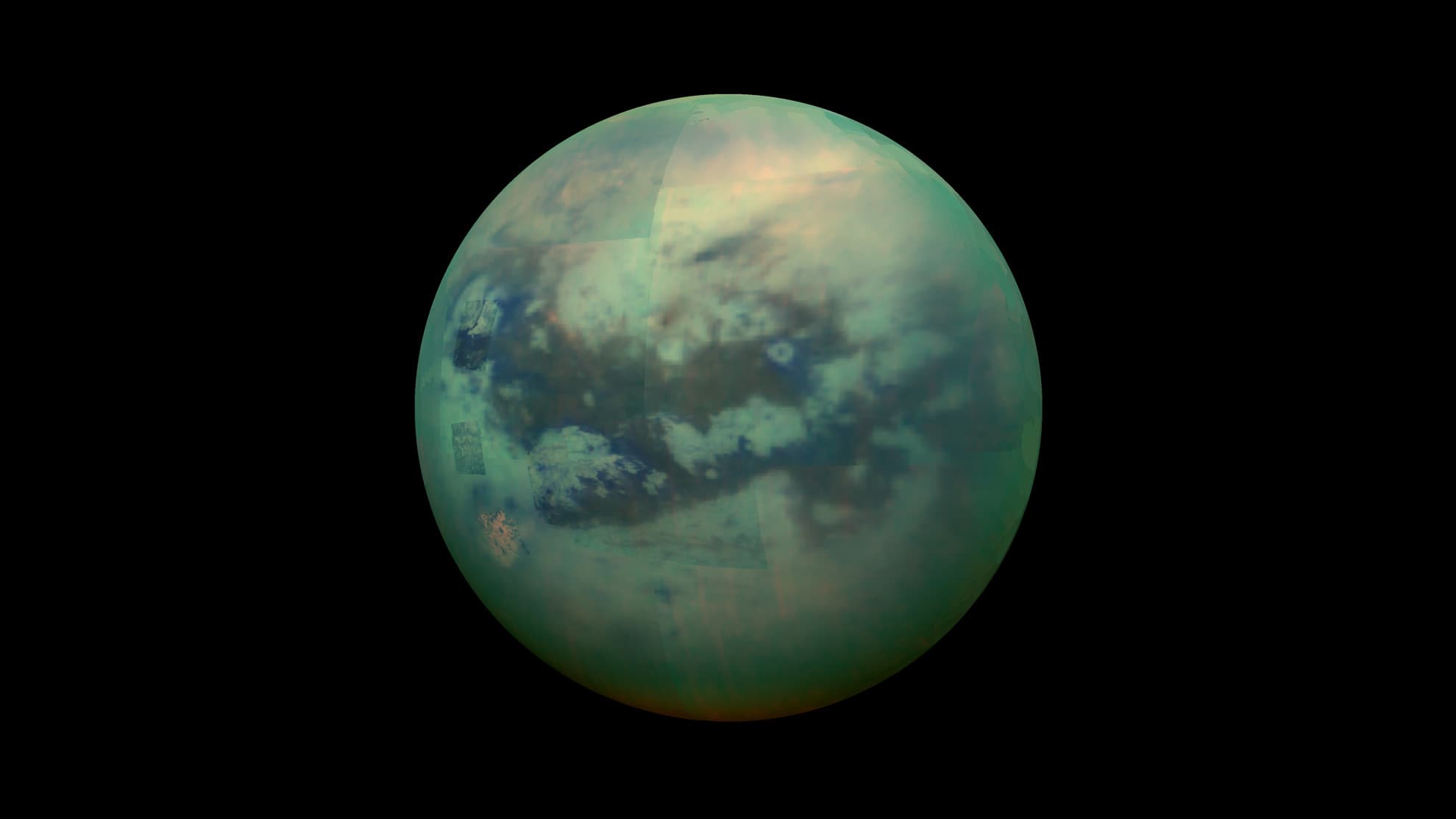 While Mars has been getting its fair share of publicity, Titan — Saturn's largest Moon — is "remarkably Earth-like," as New Scientist puts it. It boasts a firm surface, a thick atmosphere, and even surface water. According to Ralph Lorenz, a planetary scientist at Johns Hopkins University, “I think long-term, after Mars, Titan’s probably the next most important place that people will have an extended presence."

This means there's a destination beyond Mars that could potentially sustain continued human life. But there is just one (ok, so probably more than one) major problem: power. At about 1.4 billion km (about 870 million miles) from the Sun — compared to Earth's approximate 150 million km (93 million miles) — there's a high likelihood that whatever is sent to Titan will remain on Titan. Therefore, any energy used by probes (or maybe one day, visitors) would need to be able to be generated on the Moon itself. Luckily, Titan just so happens to have conditions that could make it possible to power a population the size of the United States.

Titan is rich in methane, and while combusting hydrocarbons for fuel in an oxygen-lacking environment isn't the best idea, the moon is also theoretically chock full of acetylene. Acetylene, when combined with hydrogen, can be used to generate power. Additionally, while hydropower might not be the most feasible plan (as the topography doesn't naturally lend itself to this type of power) ocean turbines could be an another power generation possibility. In addition to all of this, wind power would also be an option — though it would be difficult to implement with the technology that's currently available. Despite Titan's distance from the Sun, solar power, too, could be a possible power source.

Mining the existing natural components of space could prove to be a great ally in our quest to explore the cosmos. It also might give space exploration agencies major financial and scientific incentives — as asteroids and moons often contain highly sought after materials. And so, as we begin to better understand these cosmic objects — and hopefully benefit from their components — we can also hope to find ways in which they might lend themselves to sustaining our explorations, and maybe one day, our lives.

Read This Next
Next Time
NASA Cancels First Launch Attempt of Uber Expensive Moon Rocket
Back to the Moon
NASA: SpaceX Only Has to Prove It Can Land Astronauts on Moon, Not Bring Them Home Again
Moon Vacation
NASA Finds Holes on the Moon Where It's Always a Comfortable Temperature
Rolling Coal
Space Travel Will Absolutely Gut the Environment, Scientists Warn
Expect Delays
Scathing Report Admits NASA Is Years Behind Moon Landing Schedule
More on Off World
Putting Things In...
Yesterday on futurism
Amazing Artemis Photo Shows Every Human, Alive or Dead, Plus the Moon
Love It or List It
Yesterday on the byte
NASA Hires Company to 3D Print American Base on the Moon
Shine Bright
Yesterday on the byte
Astronomers Annoyed at Ludicrously Bright SpaceX-Launched Satellite
READ MORE STORIES ABOUT / Off World
Keep up.
Subscribe to our daily newsletter to keep in touch with the subjects shaping our future.
+Social+Newsletter
TopicsAbout UsContact Us
Copyright ©, Camden Media Inc All Rights Reserved. See our User Agreement, Privacy Policy and Data Use Policy. The material on this site may not be reproduced, distributed, transmitted, cached or otherwise used, except with prior written permission of Futurism. Articles may contain affiliate links which enable us to share in the revenue of any purchases made.
Fonts by Typekit and Monotype.