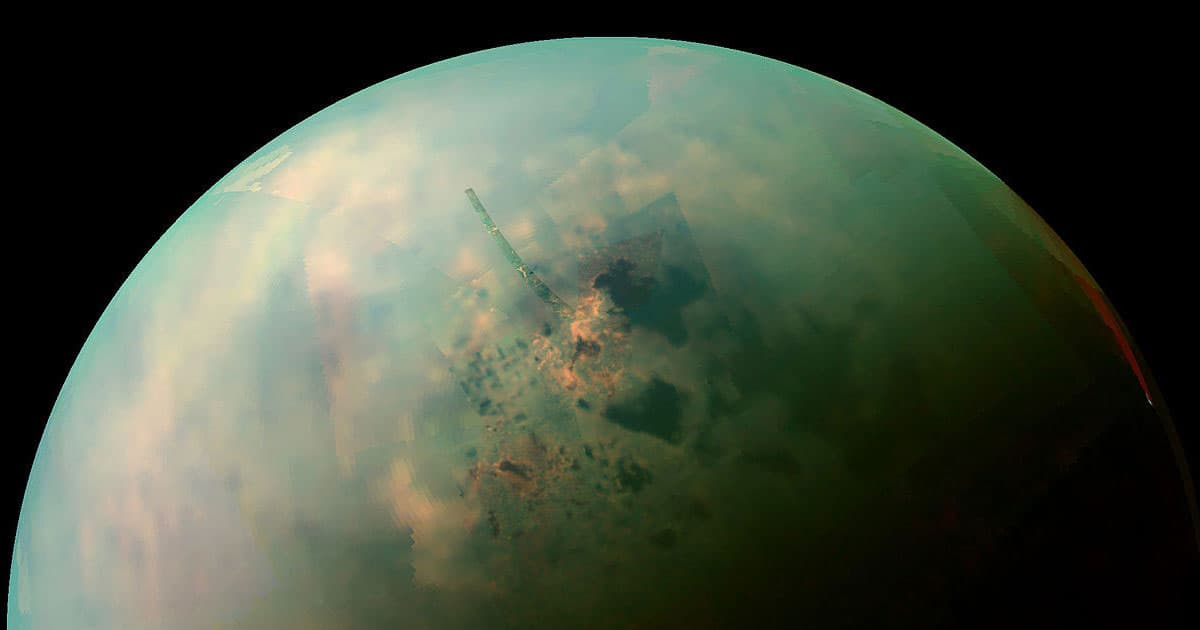 Astronomers had long pondered whether they could be evidence of lakes or seas on the moon. Now, a new study takes that theory a step further, claiming the spots are the remains of dried up lakes — a conclusion that could have bold implications for the existence of extraterrestrial life in our star system.

"Titan is still currently the only other place in the universe that we know to have liquid on its surface, just like the Earth," Jason Hofgartner, planetary scientist at NASA’s Jet Propulsion Laboratory, lead author of the new study, published this week in Nature Communications, told Science News.

Titan, the second-largest moon in our system, has long fascinated astronomers.

Observations by NASA's Cassini spacecraft dating back to 2004 found that Titan has an active weather system. But rather than water falling from the sky like here on Earth, it rains methane and ethane on Titan, albeit on only extremely rare occasions. Some of these hydrocarbons are thought to have collected in larger bodies of liquid over time.

Further puzzling researchers is the fact that these pools of liquid were concentrated around the moon's poles, not near its more central regions.

Now, the NASA team says that only lake beds could explain strange reflections appearing in data they analyzed from the Arecibo Observatory in Puerto Rico, the Green Bank Observatory in West Virginia, and the Cassini spacecraft.

According to Hofgartner, the liquid could have traveled from the equator to the poles as part of a greater weather pattern on Titan called the "methane cycle." The liquid may have also evaporated as a result of the Sun's radiation.

But for definitive answers, we'll have to wait until we find out more about Titan's mysterious landscapes. NASA is planning to send a dronelike spacecraft to Titan by 2034 as part of its Dragonfly mission.

Unfortunately it won't be visiting the dry lakes region, "but there’s always… comparative geology that you can do from one place to another," principal investigator on NASA’s Dragonfly mission and planetary scientist Zibi Turtle told Science News.

More on Titan: Saturn’s Moon Titan Is Drifting Off Into Space, NASA Says