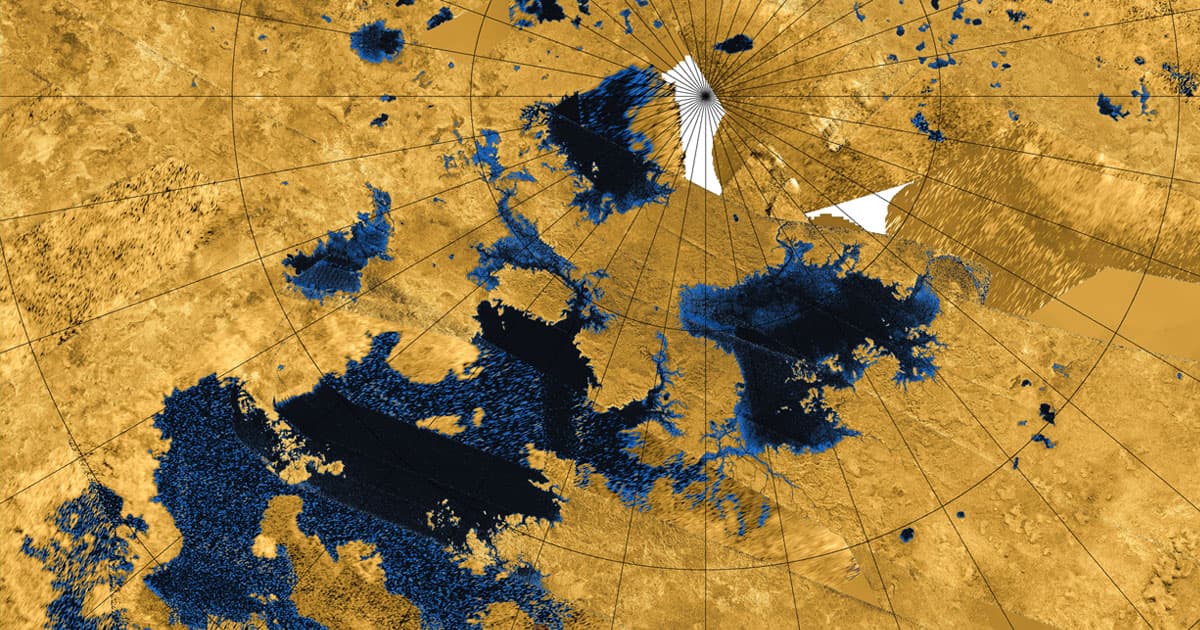 Huge Explosions May Have Formed Lakes on Saturn's Moon Titan

An international team of scientists say that the methane-filled lakes on the surface of Saturn's largest moon, Titan, could have been formed by massive explosions.

The proposed theory suggests that a greenhouse gas effect warmed up small pockets of liquid nitrogen in Titan's crust until they blew up and left massive craters behind. Precipitating liquid methane, acting much like Earthly rain, then filled those craters over time.

The scientists used radar data collected by NASA's Cassini Saturn Orbiter, which made its last flyby of Titan back in 2017, for their research. Their findings were published today in the journal Nature Geoscience.

Many lakes on Earth form when water erodes layers of limestone to form what geologists call karstic lakes. But Titan's lakes aren't the kind of watering holes we're used to here on Earth — they're made up of liquid methane, thanks to Titan's extremely cold climate.

The team is hoping to continue sifting through the data collected during NASA's Cassini-Huygens mission to learn more about Saturn's mysterious moon.

"The rim goes up, and the karst process works in the opposite way," Giuseppe Mitri, team leader from G. d'Annunzio University in Italy, said in a statement. "We were not finding any explanation that fit with a karstic lake basin."