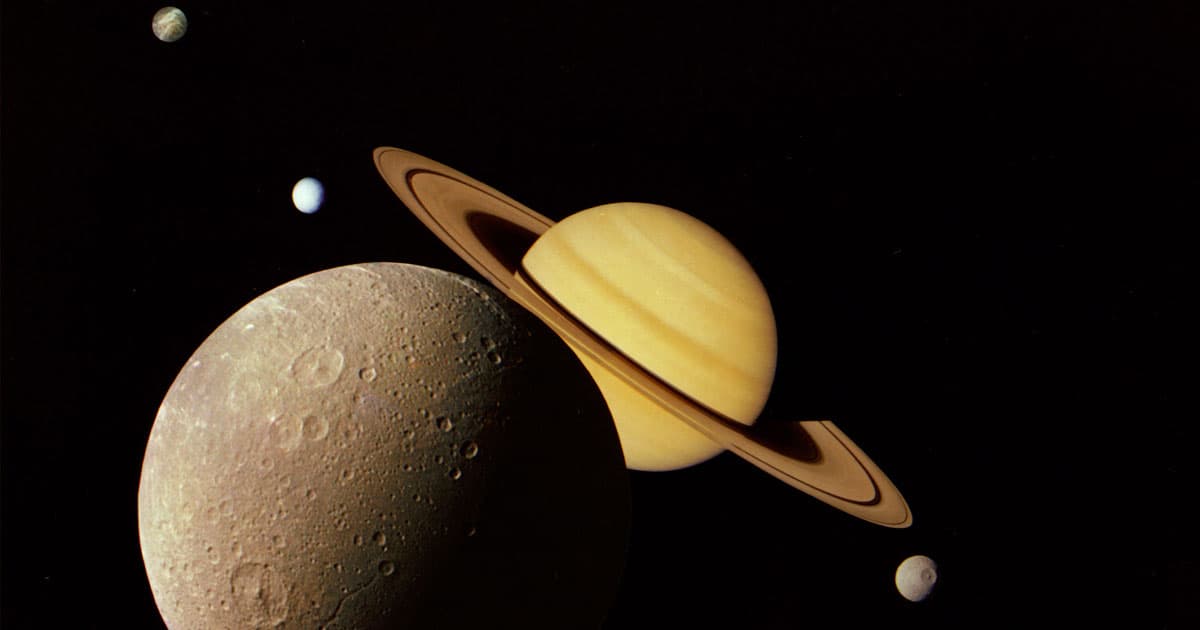 Here's how you can submit your own naming suggestions.

Here's how you can submit your own naming suggestions.

Astronomers just discovered another 20 moons floating around Saturn, bringing the total number up to 82.

With Jupiter at a measly 79 moons, the Carnegie Institute discovery makes Saturn the most-orbited planet in the solar system — as long as we're ignoring the vast junkyard of human-made satellites clogging the sky around Earth.

Scientists hope a closer look at the assortment of space rocks could reveal what the solar system was like when Saturn first formed. But they're also having some fun with the discovery by organizing a contest to name the new moons.

Unfortunately, there are rules in place to filter out some of the more absurd suggestions that the internet is certain to throw their way — two moon names will be based on Inuit mythology, 17 will be based on Norse mythology, and the last will get a name from Gallic mythology.

Each of the newly-discovered moons is roughly three miles wide, a tiny fraction of the size of Enceladus, the Saturnian moon that astronomers are currently investigating for signs of life.

But their tiny stature could reveal a great deal about the violent early days of the solar system, according to Carnegie Institute astronomer and project leader Scott Sheppard, who suspects that the moons are fragments of bigger, ancient satellites.

"The fact that these newly discovered moons were able to continue orbiting Saturn after their parent moons broke apart," Sheppard said, "indicates that these collisions occurred after the planet-formation process was mostly complete and the disks were no longer a factor."