Can the massive ocean of Saturn's largest moon sustain life? 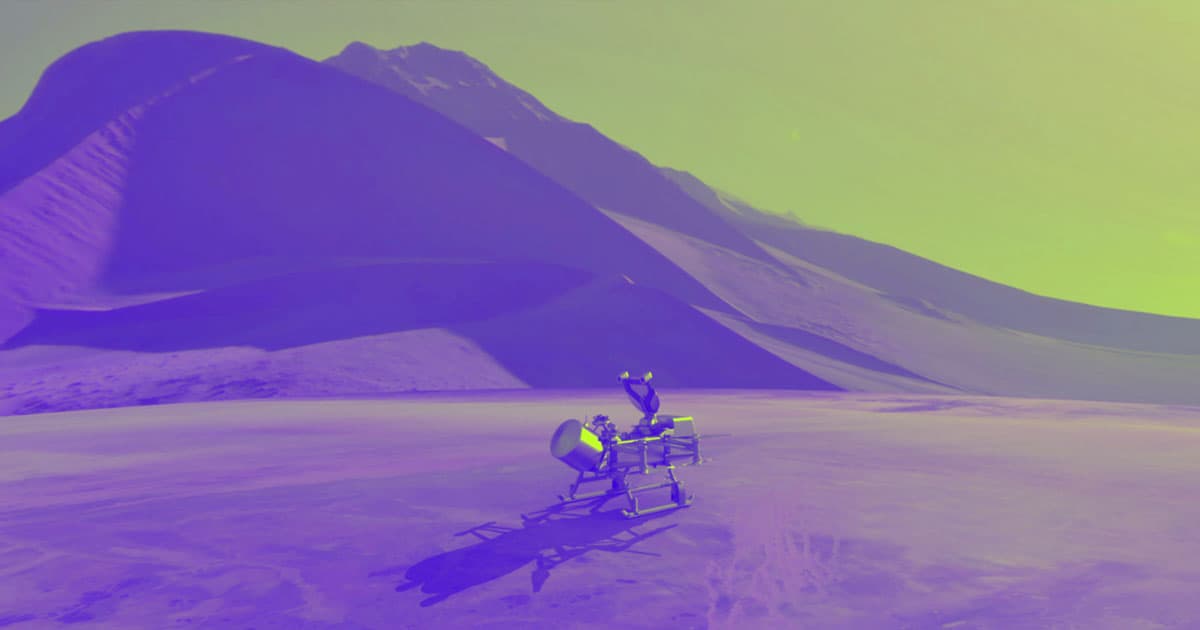 It's been almost 15 years since NASA's Cassini-Huygens spacecraft sent a module to the surface of Saturn's largest moon, Titan — and much of what we've learned about the mysterious ocean world stems from that mission.

But NASA is planning to change that. A NASA Astrobiology Institute-funded project, led by researchers from NASA's Jet Propulsion Lab, will be trying to find if life could ever exist in the oceans on the icy moon — and if its thick atmosphere could support it.

The question is whether complex hydrocarbons could exist on Titan's surface thanks to the combination of gases found in the atmosphere, including hydrogen, methane, and nitrogen.

The news comes after NASA announced it will send a small helicopter drone to Saturn’s moon Titan to explore its surface. While NASA is planning to launch the mission in 2026, the drone won't be able to get there any sooner than 2034.

But there's plenty we can glean from previous data collected by Cassini-Huygens — why we suspect that Titan is covered in oceans in the first place.

"What we don't know is the exact composition of the ocean, its density, its thermal profile, the overall structure of the icy crust on top of it," Mike Malaska, deputy principal investigator on the project at the Jet Propulsion Lab, told Astrobiology Magazine.

The Astrobiology Institute's ambitious five-year project has built up a 30 member team to explore Saturn's moon. Data will come courtesy of NASA's Cassini-Huygens mission and the Atacama Large Millimeter/submillimeter Array in Chile, an observatory that teams at NASA have been using to study Titan's atmosphere.

"Our science is following the organic molecules on their path from the top of the atmosphere where they get constructed, down through the crust and into the ocean, and if there's biology happening down there, how those organics work their way back up to the surface and become visible," said Malaska.

The project has four key objectives. First, the team wants to understand how molecules are transported from the surface of Titan to its oceans. Second, they want to find out if complex organics are even able to survive in Titan's vast subsurface oceans. Third — depending on how the first two objectives go — the next step is to explore how much chemical energy is available to life for metabolizing. Finally, the team wants to find a way to detect biosignatures that remain in the ocean — a particularly tricky task, given that Titan's oceans are covered by an outer shell and an organic-rich atmosphere.

If all goes according to plan, NASA's Dragonfly rotorcraft will touch down on the distant ocean world 15 years from now. By then, we will likely have a much better understanding of what awaits the spacecraft there.

READ MORE: The habitability of Titan and its ocean [Astrobiology Magazine]