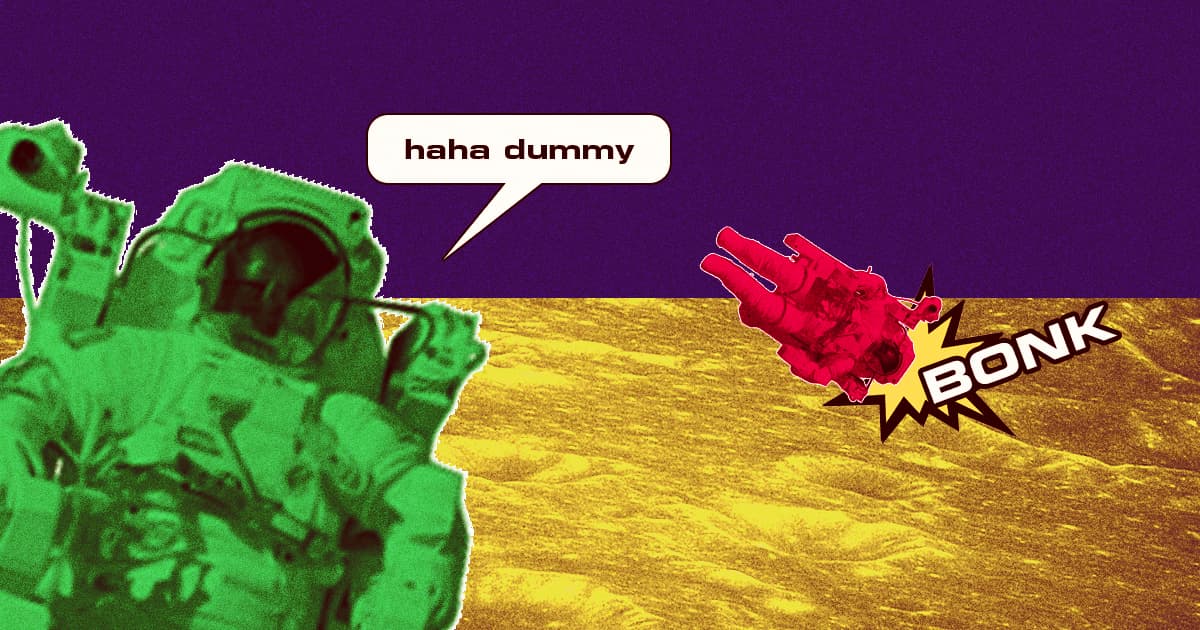 Rejoice In This Supercut of Moon Astronauts Falling Over

It's a goofier aspect of space travel.

It's a goofier aspect of space travel.

You remember the hallowed history of the Apollo missions: the heady speechifying, the danger and peril, the incredible accomplishments.

A delightful new video, though, shows a lighter side of NASA's Moon missions during the 1960s — astronauts, unaccustomed to lunar gravity, falling over in their bulky spacesuits. Turn up your sound, because the music is perfect.

Funny footage of Apollo astronauts falling on the surface of the moon.(this video has been sped up 2x) from space

The Moon's gravity is just a sixth of that on Earth, so moving around on its surface is unintuitive.

In fact, scientists didn't know precisely what it would be like to walk on its surface before the Apollo 11 astronauts touched down — so, according to Buzz Aldrin, they were instructed to take a little extra time after dismounting the ladder to get oriented and make sure they could stand correctly.

If you want to go even deeper into the world of Apollo astronauts falling over on the job, check out this older supercut, which includes audio of their laughter and ribbing as they fall.

READ MORE: Funny footage of Apollo astronauts falling on the surface of the moon.(this video has been sped up 2x) [Reddit]

More on astronauts: Piece of Astronaut’s Spacesuit Falls Off During Spacewalk