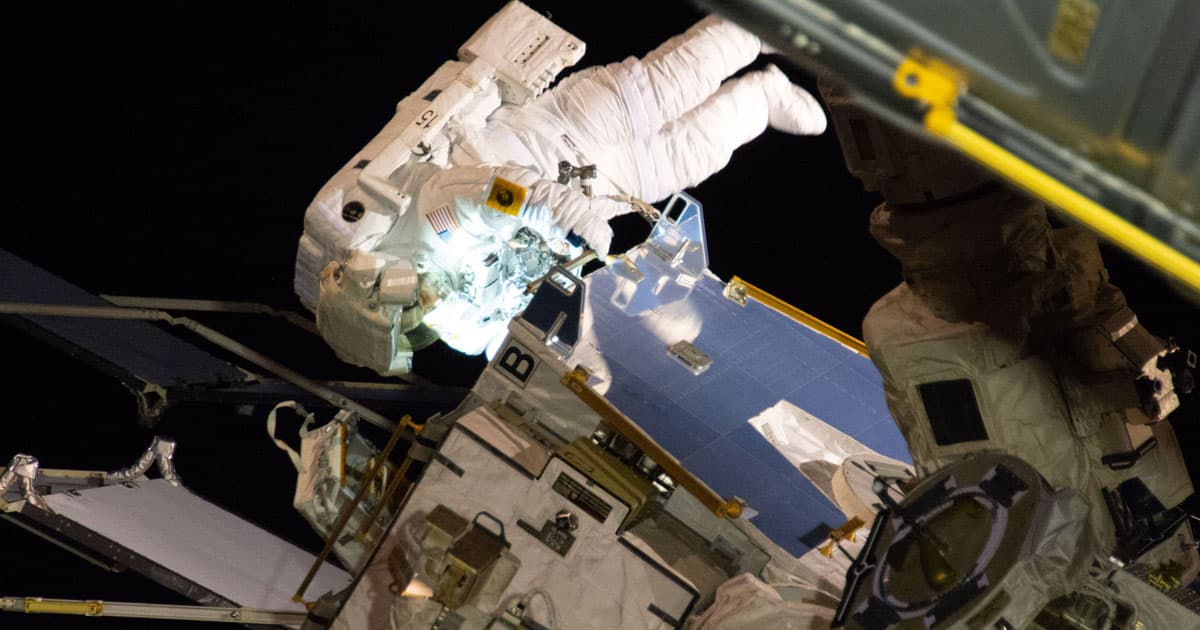 Piece of Astronaut's Spacesuit Falls Off During Spacewalk

Without fellow NASA astronaut Jessica Meir, Christina Koch would've been left in the dark outside the International Space Station on Wednesday.

About 30 minutes into the second-ever all-female spacewalk, the video camera system and lights on Koch's helmet somehow came loose. When attempts to reattach the system failed, she stowed it in her bag — and relied on her partner's light for the rest of the mission.

After the helmet system came loose, mission controllers back on Earth attempted to help the pair troubleshoot and reattach it. After that didn't work, they advised Koch to stow it in her crew lock bag.

The astronauts then asked if the mission would continue, to which mission control replied, "Good question. Yes, we will continue and we'll try to keep you two together as much as possible."

The helmet issue set the team back about 30 minutes, but by working together and sharing Meir's light, they were still able to complete their scheduled mission, which involved replacing the nickel-hydrogen batteries on the solar arrays outside of the ISS with new lithium-ion ones.

On Monday, the pair will once again head outside the ISS for part two of the replacement — and hopefully, both their lights will be in working order during that entire spacewalk.

Carbon-Based
NASA Rover Finds New Potential Evidence for Ancient Life on Mars
Jun 28
Read More
Duck and Roll
Russia Forced to Dodge Space Debris From When It Blew Up Satellite
Jun 17
Read More
So Long
Tragedy! NASA Says the Voyager Space Probes are Powering Down
Jun 16
Read More
+Social+Newsletter
TopicsAbout UsContact Us
Copyright ©, Camden Media Inc All Rights Reserved. See our User Agreement, Privacy Policy and Data Use Policy. The material on this site may not be reproduced, distributed, transmitted, cached or otherwise used, except with prior written permission of Futurism. Fonts by Typekit and Monotype.