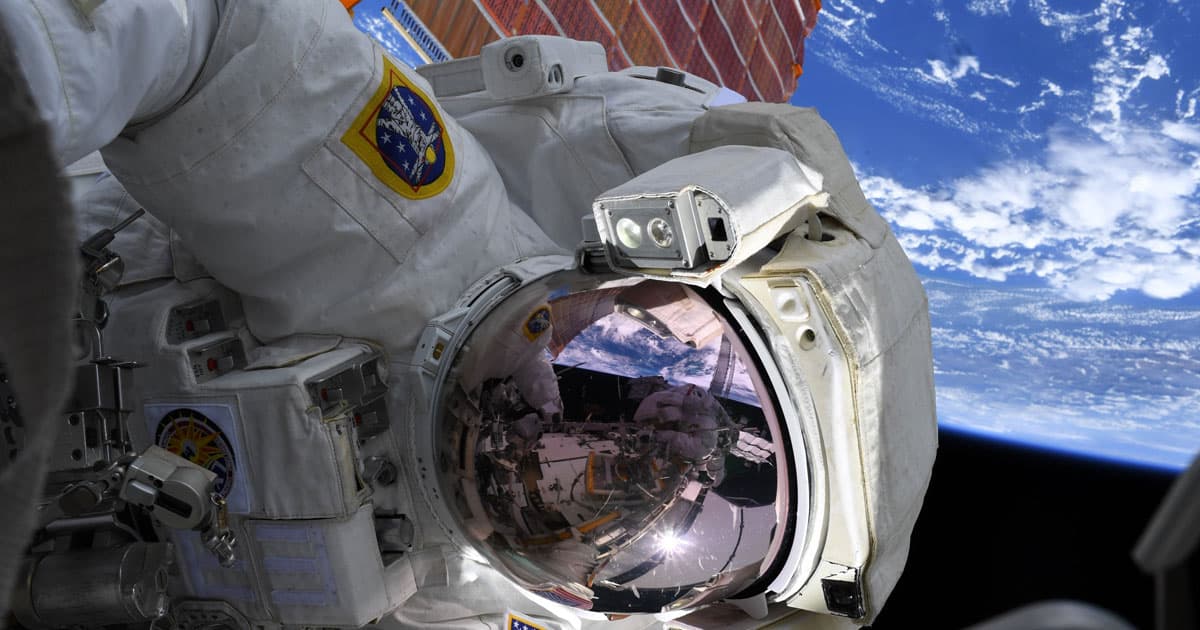 Something "Contaminated" Spacesuit During NASA Spacewalk

Getting a stain on your glove is a much bigger deal in space.

Getting a stain on your glove is a much bigger deal in space.

NASA astronauts Christina Koch and Jessica Meir completed the first-ever all-female spacewalk last week to replace a failing battery unit on the exterior of the International Space Station. But a strange "contaminant" hitchhiked on the glove of Koch's spacesuit and made its way back into the station, Space.com reports.

The likely culprit: grease from the ISS's Canadarm2 robotic arm, a key piece of equipment that has been used since 2001 in various maintenance and assembly tasks.

To replace the Battery Charge-Discharge Unit on the outside of the ISS, Koch had to ride the Canadarm2, which necessitated installing a foot restraint on the end of it.

"What the engineers think at this point is that my hand just brushed up against some of that when I was installing that foot restraint," Koch said during a webcast yesterday according to Space.com.

According to Koch, the "stained" glove is being analyzed on board the space station.

"Unfortunately, I wish I could stay just as clean when I'm in my spacesuit as I attempt to do when I'm eating in the galley and our food floats around," Koch added.