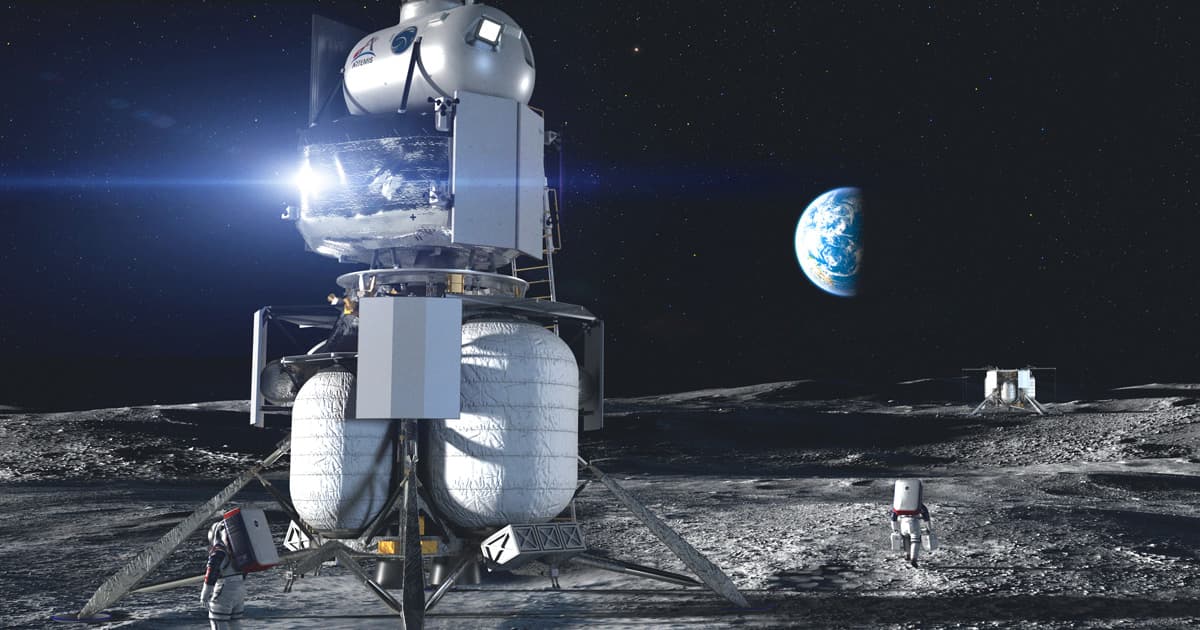 NASA says that if Congress doesn't give it $3.2 billion by Christmas, it won't be able to land Moon astronauts by 2024.

NASA says that if Congress doesn't give it $3.2 billion by Christmas, it won't be able to land Moon astronauts by 2024.

NASA is in the throes of yet another budget crunch in its efforts to realize the Trump administration's ambitious plans to return astronauts to the Moon by 2024.

Unsurprisingly, that project will be extremely expensive. The agency just revealed a $28 billion price tag for its Artemis program, Agence France-Presse reports, covering NASA's needs for the next five years.

NASA administrator Jim Bridenstine told journalists on Monday that Congress would need to approve $3.2 billion, the first tranche, by Christmas in order to still be "on track for a 2024, moon landing."

$16 billion would be spent on just the lunar landing module, according to AFP. Currently, three companies are developing lunar landers for the space agency, including Blue Origin, SpaceX, and Dynetics.

Bridenstine also alluded to "political risks," including the November presidential election, which could potentially undermine NASA's work to get astronauts back to the Moon, AFP reports.

Pending budgetary approvals, NASA is planning to launch its first uncrewed flight around the Moon, Artemis I, in November 2021. Artemis II will be a crewed mission to the Moon, but will not include a landing.

Bridenstine sought to put the missions into historical context. "The science that we would be doing is really very different than anything we've done before," said Bridenstine.

"We have to remember during the Apollo era, we thought the moon was bone dry," he added. "Now we know that there's lots of water ice and we know that it's at the South Pole."

More on Artemis: NASA Has Figured Out a New Way to Safely Land on the Moon