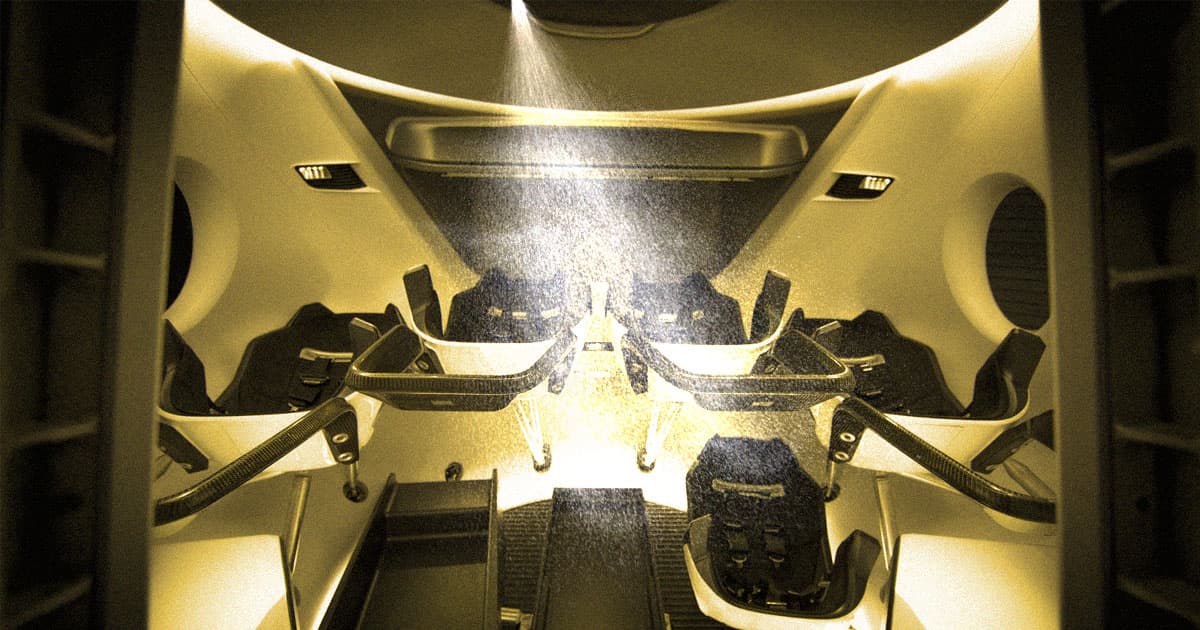 "Crew Dragon appears to be resilient to piss."

"Crew Dragon appears to be resilient to piss."

The saga of the broken space toilet continues.

More than a month after the Inspiration4 space tourists encountered a problem with their Crew Dragon capsule’s toilet, SpaceX has announced a redesign of the latrine’s mechanics.

Bill Gerst, a consultant for the company and former NASA human spaceflight chief, said that the issue occurred when a tube that sends urine into a container broke, according to The New York Times space reporter Joey Roulette in a tweet thread. The broken tube set off a disgusting Rube Goldberg-esque sequence that resulted in urine leaking into a fan that sprayed piss all over an area beneath the floor.

The redesigned commode will include a fully-welded system that will hopefully prevent the pee tube from ever breaking again — though in space, of course, nothing is ever certain.

SpaceX’s Bill Gerst says Crew Dragon’s toilet mechanics were redesigned after the toilet issues on the Inspiration4 mission. A tube that sends urine into a container broke off during the mission and leaked into a fan which sprayed the urine in an area beneath the capsule floor.

Since the toilet issue occurred on the space tourists’ Crew Dragon craft, SpaceX wondered if the same problems might be happening on its other vehicles. So the company asked the astronauts aboard the International Space Station to investigate the Crew Dragon craft docked there.

Using an inspection camera, the crew was able to confirm that indeed yes, the craft’s toilet was also broken, and that it had also sprayed human pee into a space under the floor.

Since the astronauts' urine is mixed with a chemical called Oxon, SpaceX was also concerned that the waste slurry could corrode the craft’s hardware. It conducted "extensive tests" on Earth where researchers soaked aluminum components in an Oxon-urine mixture to see its effects, Gerst said in comments obtained by Roulette.

However, they discovered that the corrosion was likely minimal due to the station’s low-humidity environment.

"Crew Dragon appears to be resilient to piss," Roulette tweeted.

It’s hilarious that one of the more fascinating storylines to emerge from the space tourists mission is their broken toilet. Luckily, it’s turning out to be a pretty good case study in clever — albeit gross — problem solving.

More on broke space toilet: Space Tourist Toilet Issues Were so Bad that They Set Off an Alarm