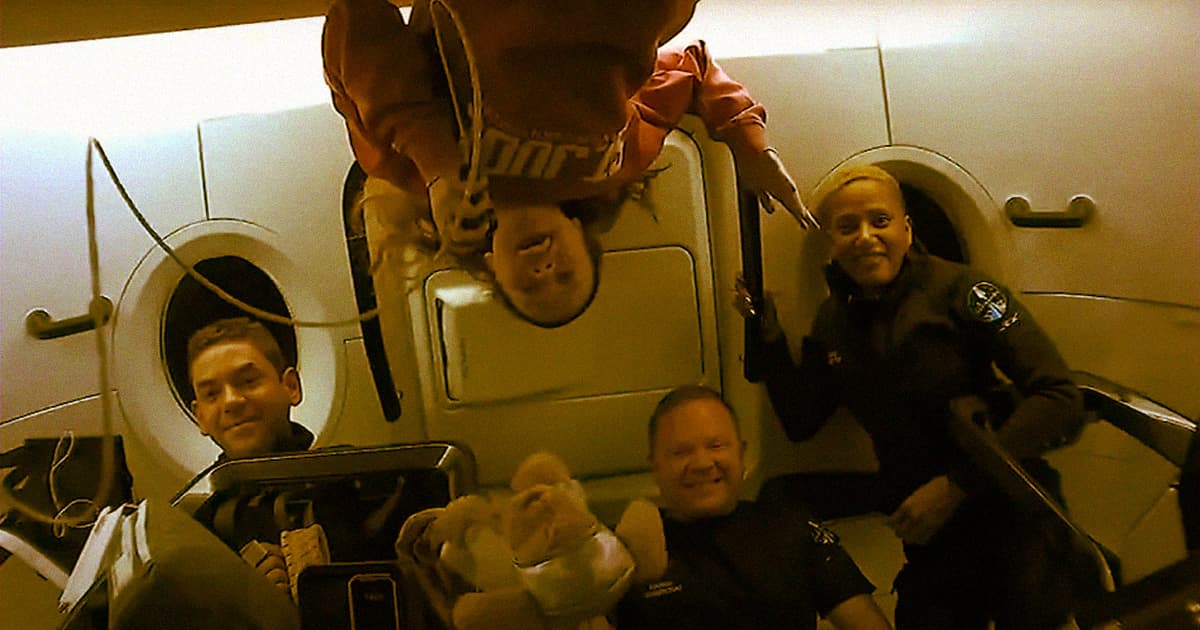 There was an issue with the Waste Management System.

There was an issue with the Waste Management System.

It was mostly smooth sailing for the four civilians, who ate cold pizza and even watched "Spaceballs" during the trip.

But it sounds like the mission did leave some room for improvement — there were issues with the toilet, Space.com reports.

"It was very clean mission from start to finish," SpaceX human spaceflight programs lead Benji Reed said during a press conference following the successful landing on Saturday. "We had a couple of issues that we worked, we did work something on the Waste Management System, but that was worked [out] fine and, you know, the crew was happy and healthy."

The toilet — located underneath the massive glass cupola no less — is radically different from the ones you find on Earth. In the simplest terms, they are two vacuum tubes for sucking up pee and poop that rely on suction fans to remove waste.

We don't know exactly what the issue was yet with the Waste Management System, but it involved the suction fan, according to Reed. It's also unclear whether the malfunction had anything to do with the surprising decision not to release photos or videos inside the spaceship during the journey.

Inspiration4 was a little different than preceding Crew Dragon flights. The crew spent three whole days in the tiny capsule instead of less than 24 hours, the maximum length of a trip to the International Space Station.

Unfortunately, the crew wasn't actually able to catch glimpses of the Earth while doing their business as the hatch had to be closed during toilet use, according to Space.com.

The space tourists have yet to speak out about their toilet experience — but fortunately, it sounds like the issue was quickly resolved.

More on the launch: SpaceX Tourist Watches Movie While Careening Down to Earth