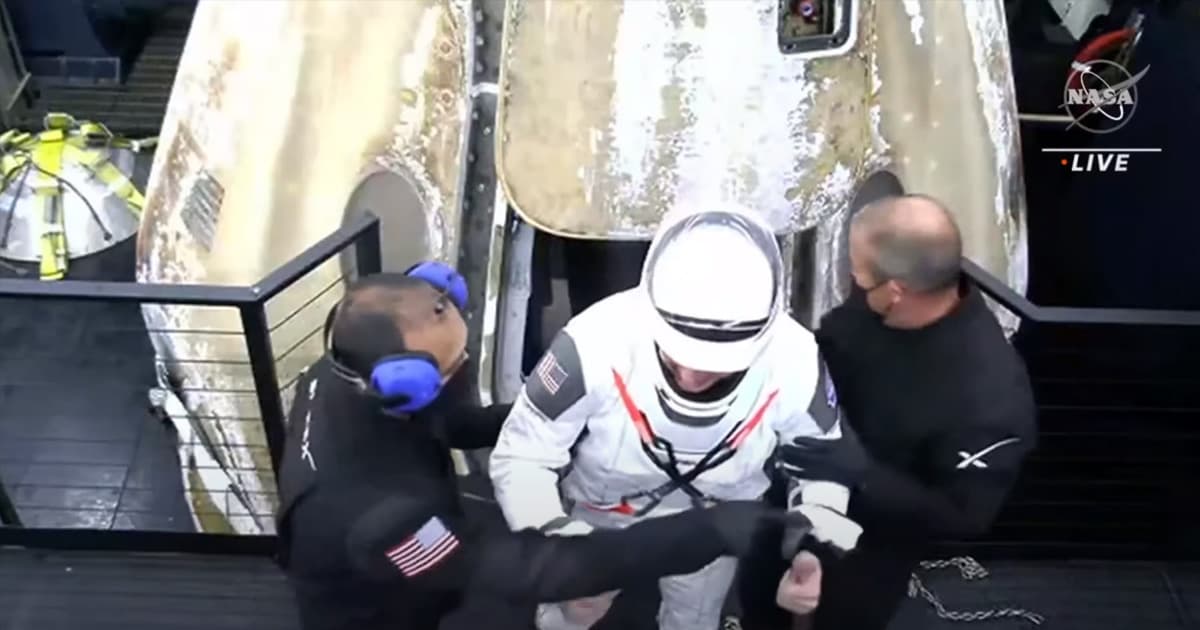 Do A Little Dance

We'd be dancing, too.

We'd be dancing, too.

NASA astronaut Mike Hopkins returned from a lengthy stint on board the International Space Station inside a SpaceX Crew Dragon capsule over the weekend.

When SpaceX's crews pulled him out of the capsule, Hopkins did a little dance, as caught by the space company's livestream, around the 9:27 mark.

Hopkins was the first to be recovered from the capsule. The astronaut was the commander of NASA and SpaceX's Crew-1 mission, which kicked off back in November.

Good to Be Back

The team, part of NASA and SpaceX's Crew-1 mission, returned after spending over five months on board the ISS. The mission set a new record as the longest time spent in space by a crew that launched inside a US-built spacecraft.

It's the second time a Crew Dragon capsule has safely returned humans back down to Earth. Last year, NASA astronauts Robert Behnken and Douglas Hurley returned after spending three months on board the station.

This weekend's return also marked the first time astronauts splashed down in the ocean in the dark of night since the completion of the Apollo 8 mission more than 50 years ago.

More on Crew-1: Crew Dragon Astronauts Stranded in Space by Weather Will Splashdown in Dark