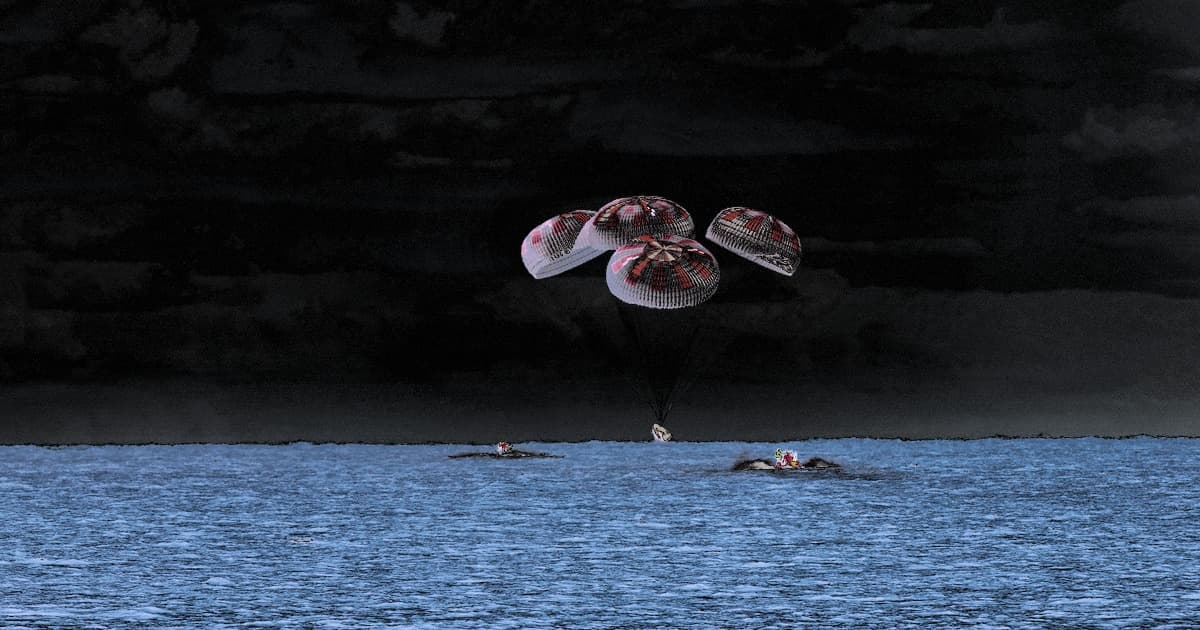 It’ll be the first nighttime splashdown since the Apollo 8 mission in 1968.

It’ll be the first nighttime splashdown since the Apollo 8 mission in 1968.

After their initial return was delayed due to inclement weather, the astronauts of the Crew-1 Dragon spacecraft are slated to splashdown in the dark of night — a first in more than 50 years.

SpaceX hopes to bring back four astronauts from the International Space Station (ISS) in the early morning hours of Sunday, according to The Associated Press. The crew, made up of three NASA astronauts and a Japanese astronaut, was initially slated to come back on Saturday but had their splashdown stalled due to dangerously high winds.

This isn’t SpaceX’s first rodeo in recovering spacecraft after a nighttime splashdown. The company was able to bring back a cargo capsule in the dark earlier this year.

They’ve also prepared for the chance they might need to recover their crewmembers in the dark.

"SpaceX has done numerous dress rehearsals and spent a lot of time with nighttime recoveries," said Rob Navias, a spokesman for the Johnson Space Center in Houston, in a statement attained by AP.

The company plans to have the crew leave the ISS aboard the same Dragon capsule that took them up last year. After a six-and-a-half hour trip, they’re expected to splash down around 3am in the waters near Panama City, Florida. Navias said that that time frame will provide the most ideal weather conditions for landing.

Their upcoming return will mark the first splashdown in the dark since the Apollo 8 mission in 1968.

That mission saw three NASA astronauts go to the moon for the first time before landing in the Pacific Ocean near Hawaii in the pre-dawn hours of December 27, 1968.

Anyone who’s ever had their flight delayed to weather knows how good it feels to finally get home — though not many of us can say they did it in the dead of night while landing in the ocean from low-Earth orbit.

More on Crew Dragon: Pentagon Says SpaceX Near Collision Was a False Alarm