Pentagon Says SpaceX Near Collision Was a False Alarm

The Space Force is investigating the incident. 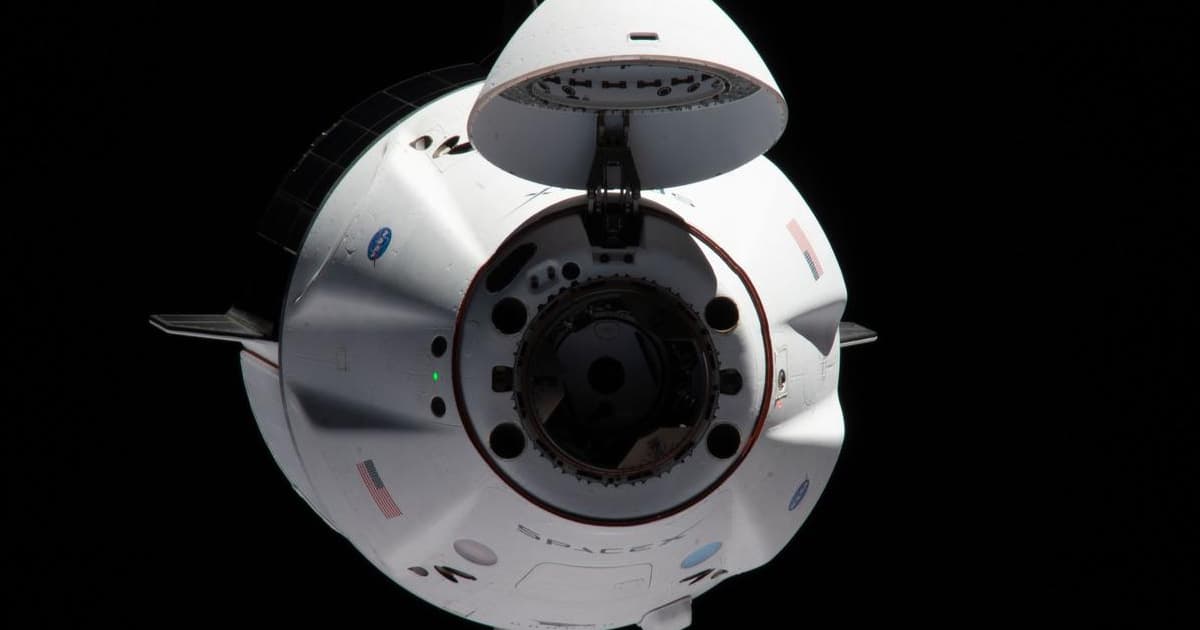 Four astronauts who traveled to the International Space Station on board the SpaceX Crew Dragon late last week experienced a bit of a scare: believing that a piece of space junk was zipping by too close to comfort, SpaceX HQ at Hawthorne instructed the astronauts to don their spacesuits in case of a collision.

But now, according to an investigation by the US Space Command 18th Space Control Squadron (18 SPCS) — a Space Force control unit that's tracking more than 32,000 man-made objects larger than 10 cm in diameter in space 24/7 — the object never even existed.

"Upon further analysis, 18 SPCS quickly determined the potential conjunction between the Crew-2 capsule and the object was an inaccurate report," Space Command spokesperson Erin Dick told Futurism in a statement.

In a statement to The Associated Press, Dick called it a "reporting error," noting that "that there was never a collision threat because there was no object at risk of colliding with the capsule."

"Appropriate notifications were made within minutes and the astronauts safely continued their mission," Dick told Futurism. "The 18 SPCS continued to track Crew-2’s progress to the ISS to ensure safe arrival."

The taskforce is now "reviewing the incident to determine the cause of the inaccurate report," according to Dick.

SpaceX and NASA's Crew-2 mission delivered the four astronauts to the ISS without a hitch following the space junk incident. The capsule docked with the station early Saturday morning, with the hatch opening as planned roughly two hours later.

Some questions remain, however: what caused the reporting error? How did systems on the ground come up with the conclusion that an object was making a close pass?

For now, everybody involved is sighing a sigh of relief.

"Of course, we're always happy to hear that there never was a threat, but we're also glad the procedures were in place and the crew would have been ready if the threat had been real," Humphries told the AP.

More on the incident: SpaceX’s Spacecraft Just Had a Near Collision With an Unidentified Object