SpaceX's Spacecraft Just Had a Near Collision With an Unidentified Object

Astronauts were instructed to put on their spacesuits. 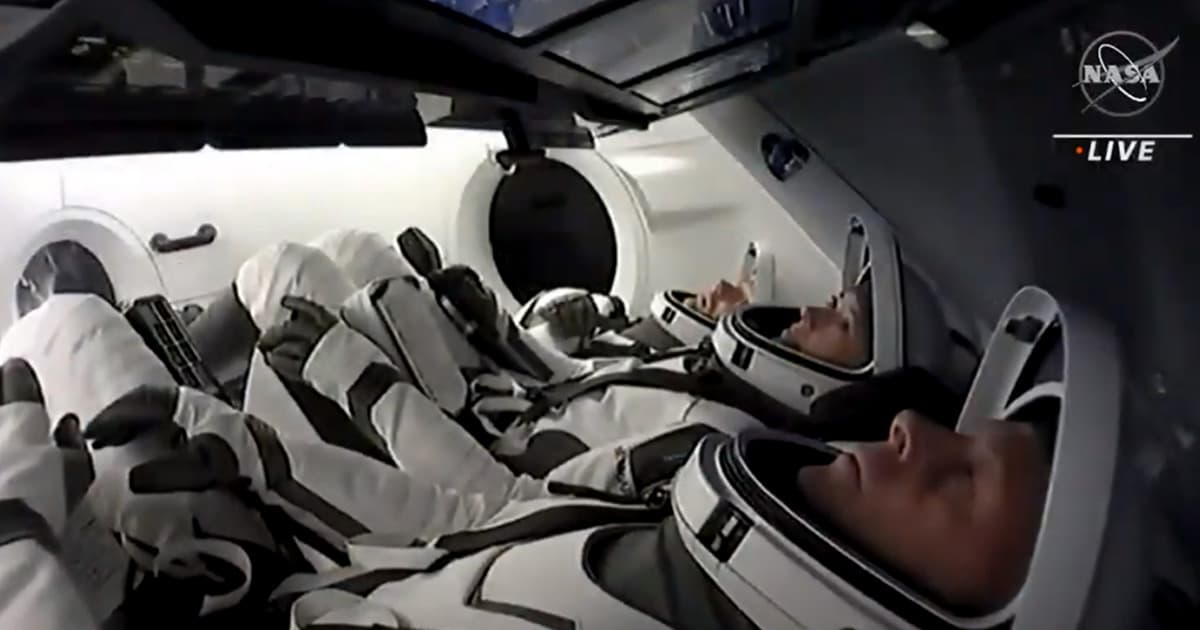 The launch went by without a hitch — but the crew of four did experience a scare while en route to the International Space Station when they were notified of a potential collision with an unidentified object.

"The NASA/SpaceX team was informed of the possible conjunction by US Space Command," NASA spokesperson Kelly Humphries told Futurism. "The object being tracked is classified as 'unknown.'"

There was no time, Humphries said, to perform an avoidance maneuver to get out of the way of the object. Instead, SpaceX advised that the astronauts put on their pressurized suits in case of a collision.

"The possibility of the conjunction came so close to the closest approach time that there wasn’t time to compute and execute a debris avoidance maneuver with confidence, so the SpaceX team elected to have the crew don their pressure suits out of an abundance of caution," Humphries said.

US Space Command spokesperson Erin Dick told Futurism that the Pentagon notified NASA of the potential collision at about 1:30pm EST today, about seven hours after the spacecraft launched.

"After further analysis, the 18th Space Control Squadron quickly determined there was no conjunction threat, all aboard are safe and the spacecraft was not at risk," Dick said.

Numerous questions remain. How big was the piece of space debris? And what was it?

In hindsight, Humphries said, the object's closest approach was 45 kilometers from the spacecraft — not far in the grand scale of space, but close enough for concern.

Humphries added that "there was no real danger to the crew or the spacecraft."

Endeavour is scheduled to dock with the International Space Station tomorrow morning.

Updated with comment from NASA and US Space Command.

More on the launch: SpaceX Sends Four Astronauts Into Space On Reused Spacecraft