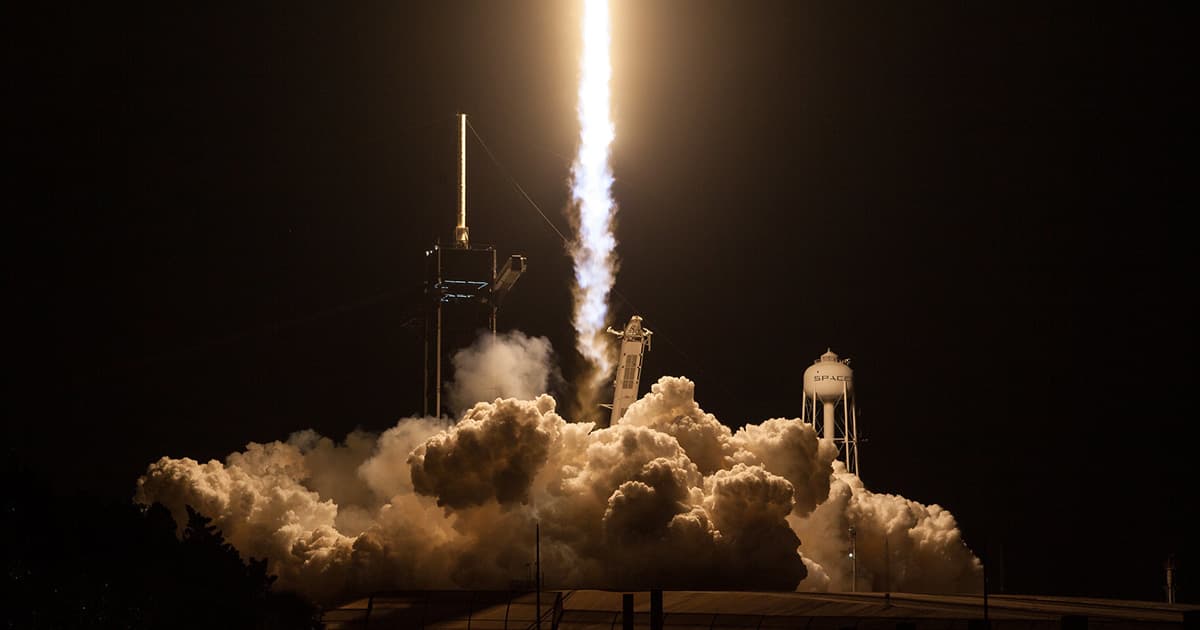 SpaceX and NASA have launched yet another crew of astronauts to the International Space Station inside a SpaceX Crew Dragon capsule.

The spacecraft, boosted by a Falcon 9 rocket, lifted off from Launch Complex 39A at the Kennedy Space Center at 5:49 am EDT.

Despite this being the third time a Crew Dragon astronauts were carried into space on board a Crew Dragon, it was the first time SpaceX used a reused one — an incremental yet important step toward spacecraft reusability.

The launch went without a hitch, a testament to how reliable SpaceX's new system for transporting astronauts into orbit has become. The capsule, dubbed "Endeavor," was also used during the first demonstration mission last year when it carried NASA astronauts Bob Behnken and Doug Hurley to the ISS. Even the Falcon 9 rocket was last flown for the same crewed mission.

The capsule is scheduled to dock with the ISS at 5:10 am EDT on Saturday morning, with the hatch opening around 7:15 am.

"We’re great, glad to be back in space for all of us, and we’ll send our regards to Crew-1 when we get there," Kimbrough said from on board Endeavour, while circling the Earth, referring to the crew of four astronauts that made it to the ISS in November.

The space station is getting really crowded with Crew-2's arrival. As NPR reports, there are only seven permanent beds on board the orbital outpost, but they're all already accounted for by existing crew members.

As a result, two astronauts will sleep inside Endeavour, and two will have to figure things out until four of the stations' crewmembers make their return to Earth soon.

"The nice thing about sleeping in space is that just about anywhere can be your bedroom," NASA spokesperson Dan Huot told NPR.