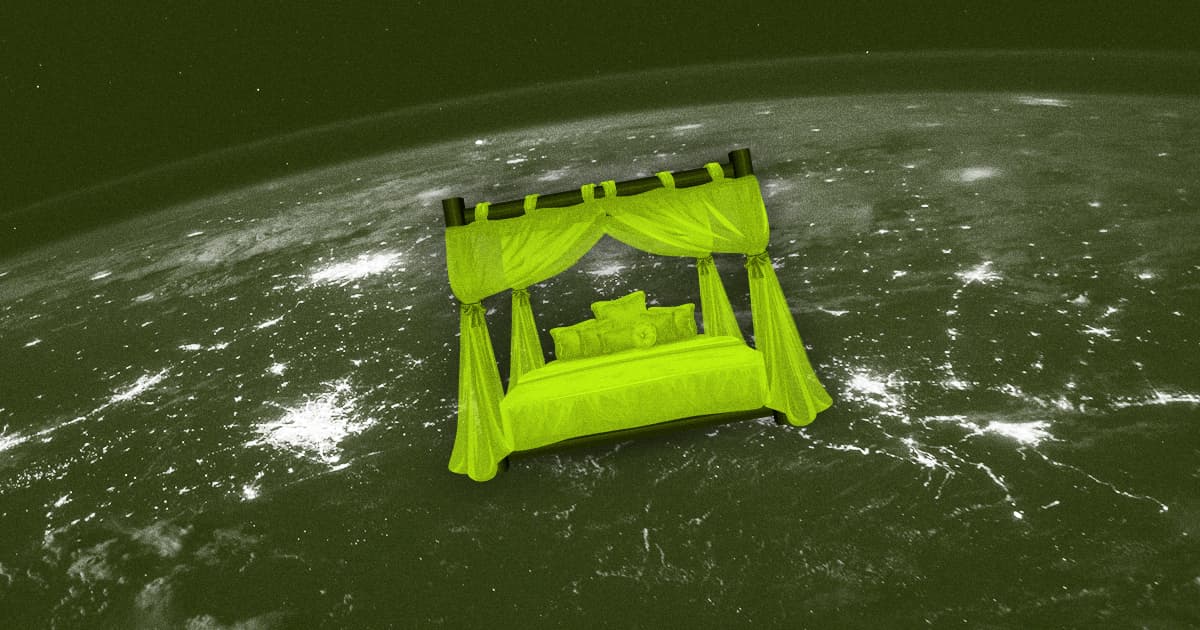 Some astronauts have to stake out some temporary sleeping places.

Some astronauts have to stake out some temporary sleeping places.

On Friday, SpaceX will launch a crew of four astronauts up to the International Space Station (ISS). But when they get there, the existing ISS crew won't exactly be able to roll out the red carpet. In fact, there won't even be enough room for all the astronauts to claim a bed.

Sleeping arrangements are in short supply on the ISS, NPR reports. There are seven permanent beds, but there are also already seven crewmembers up there. Two astronauts will have to sleep inside the SpaceX Dragon capsules that will stay docked to the station — and two more will have to improvise.

The good news is that the two bedless astronauts won't need to find temporary sleeping arrangements for long. Four of the crewmembers are scheduled to return to Earth soon, at which point there will be enough beds to go around. In the meantime, finding room to sleep isn't exactly a challenge when there's no gravity — even an open patch of ceiling will do.

"The nice thing about sleeping in space is that just about anywhere can be your bedroom," NASA spokesperson Dan Huot told NPR. "[The two crewmembers] will talk with the flight controllers and pick out spots on the station for the different astronauts to set up their own temporary stakeout location."

The temporarily cramped quarters could be a good thing for the ISS, University of Central Florida space historian Amy Foster told NPR. She suggests that the growing crowd is a sign that the infrastructure for sustained activity in space is coming together.

"This really is where the evolutionary vision of ISS has always been heading," Foster said. "We're finally reaching it because we have the new technological capabilities. We've got commercial crews that can make some of that possible in a way that [the space] shuttle and Soyuz just simply couldn't support."

READ MORE: International Space Station Is About To Get Crowded, And It's Running Out Of Beds [NPR]