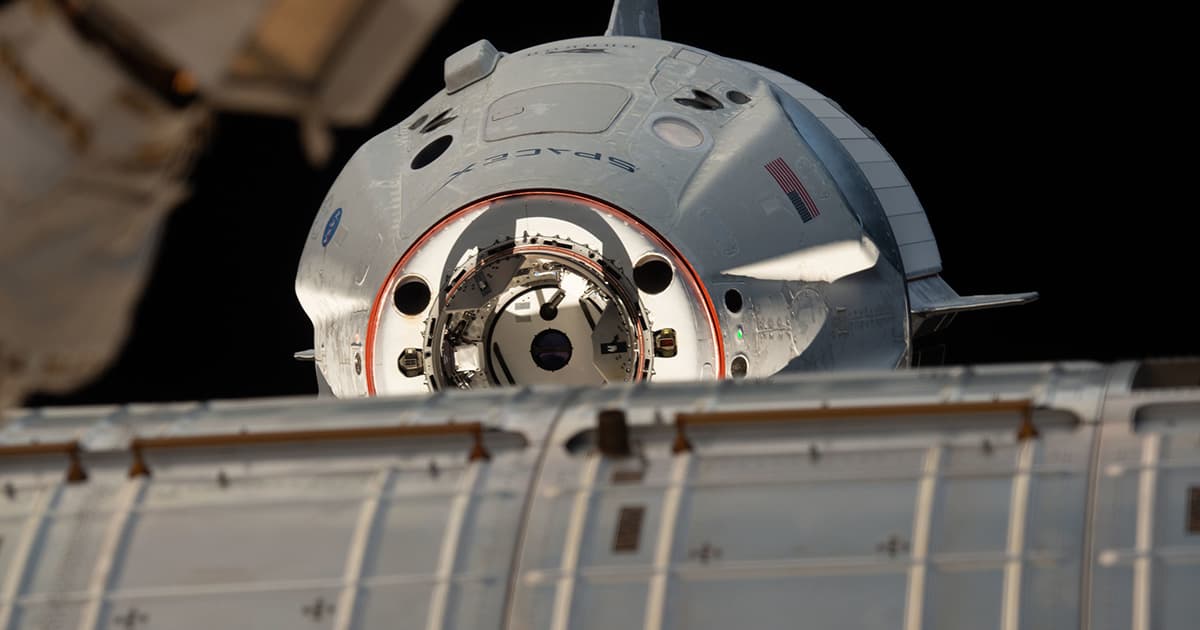 "Dragon Resilience keeping the ISS crew on their toes."

"Dragon Resilience keeping the ISS crew on their toes."

The SpaceX Crew Dragon dubbed Resilience, currently docked to the International Space Station after launching in November of last year, just reportedly scared the bejesus out of the station's crew.

The capsule "annunciated false emergency messages for Fire and Rapid Depress as well as other erroneous messages yesterday," NASASpaceFlight managing editor Chris Bergin reported in a Thursday afternoon tweet. "ISS crew ran responses for Fire and Rapid depress but stood down once stable readings were confirmed."

"Crew Dragon Resilience and the Station are both in good health after these events," NASASpaceFlight reporter Tyler Gray clarified in a reply on Twitter.

According to Bergin, the ISS reported that the issue was likely a "Single Event Upset" on one of the Crew Dragon's power units, causing a processor to reset "and output data which the ISS interpreted as a collection of emergencies and off-nominal indications."

Neither SpaceX and NASA have yet to acknowledge the report. Futurism has reached out both for comment.

Resilience made its way into orbit as part of SpaceX's Crew-1 flight back in November, the first operational crew flight from American soil to the ISS since the retirement of the Space Shuttle program in 2011. Its flight followed the successful docking of the first Crew Dragon capsule, Endeavor, to the space station in May of 2020 in the vehicle's first crewed test flight.

More on Crew Dragon: Bone Cancer Survivor Will Get Free Trip to Space This Year