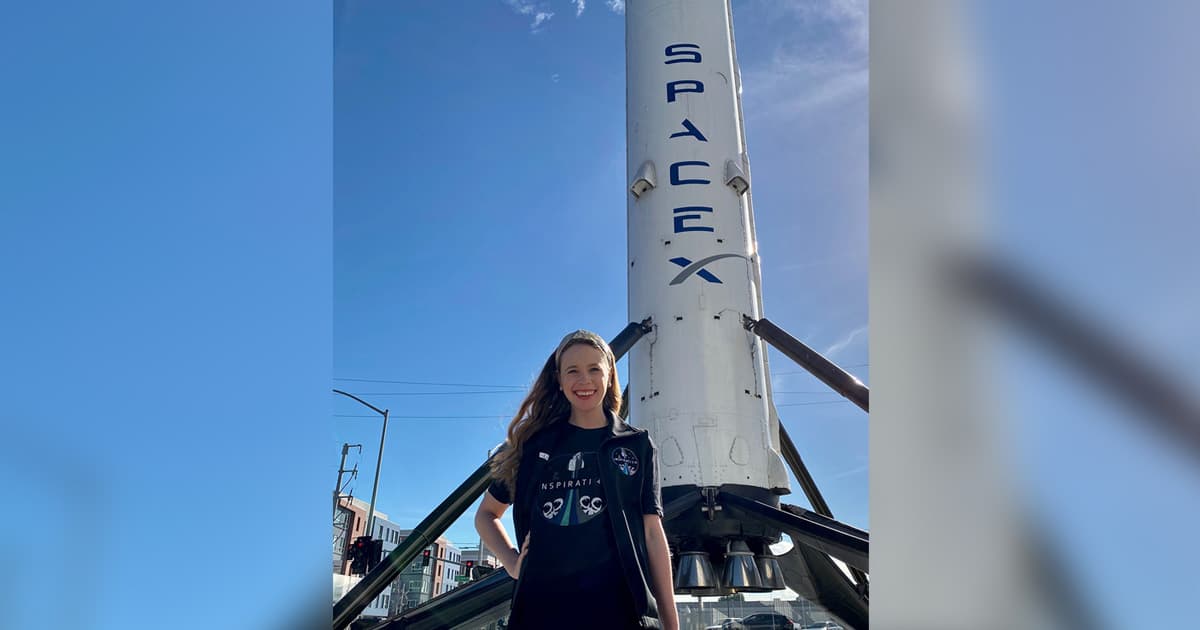 Bone Cancer Survivor Will Get Free Trip to Space This Year

"My battle with cancer really prepared me for space travel."

"My battle with cancer really prepared me for space travel."

Bone cancer survivor and Haley Arceneaux will be experiencing the trip of a lifetime on board a SpaceX Crew Dragon capsule, the space company's first private flight to space later this year, the Associated Press reports.

She won't be flying alone. The 29-year-old physician assistant will be joining billionaire entrepreneur Jared Isaacman and two other contest winners who have yet to be chosen.

Arceneaux, a physician's assistant at St. Jude Children’s Research Hospital, could become the youngest American ever to travel to space — and the first to do with a prosthesis. She has a titanium rod in her left thigh bone after a knee replacement.

"My battle with cancer really prepared me for space travel," Arceneaux told the AP. "It made me tough, and then also I think it really taught me to expect the unexpected and go along for the ride."

Meet commercial astronaut Hayley Arceneaux. She is an amazing person & I know she will be an inspiration to people all over the 🌍. Not just those w/ dreams of going to 🚀, but to all people who need hope when encountering life challenges . Hayley, welcome to @inspiration4x pic.twitter.com/t02LFuU7mm

Trip of a Lifetime

The SpaceX Dragon capsule is set to lift off from Florida later this year, the first crewed mission around Earth without a single professional astronaut on board.

Despite her health conditions, Arceneaux has been cleared by SpaceX to fly. She will also serve as the flight crew's medical officer, according to the AP.

Earlier this month, Isaacman pledged to raise $200 million, half of which was paid by him, for St. Jude.

If all goes according to plan, it'll be an unparalleled opportunity.

"I did ask, 'Am I going to get a passport stamp for going to space?'" Arceneaux told The New York Times. "But I don’t think I’m going to. So I’m just going to draw a star and the moon in one of my passports."

More on SpaceX tourism: SpaceX Says It Will Launch Space Tourists as Soon as Next Year