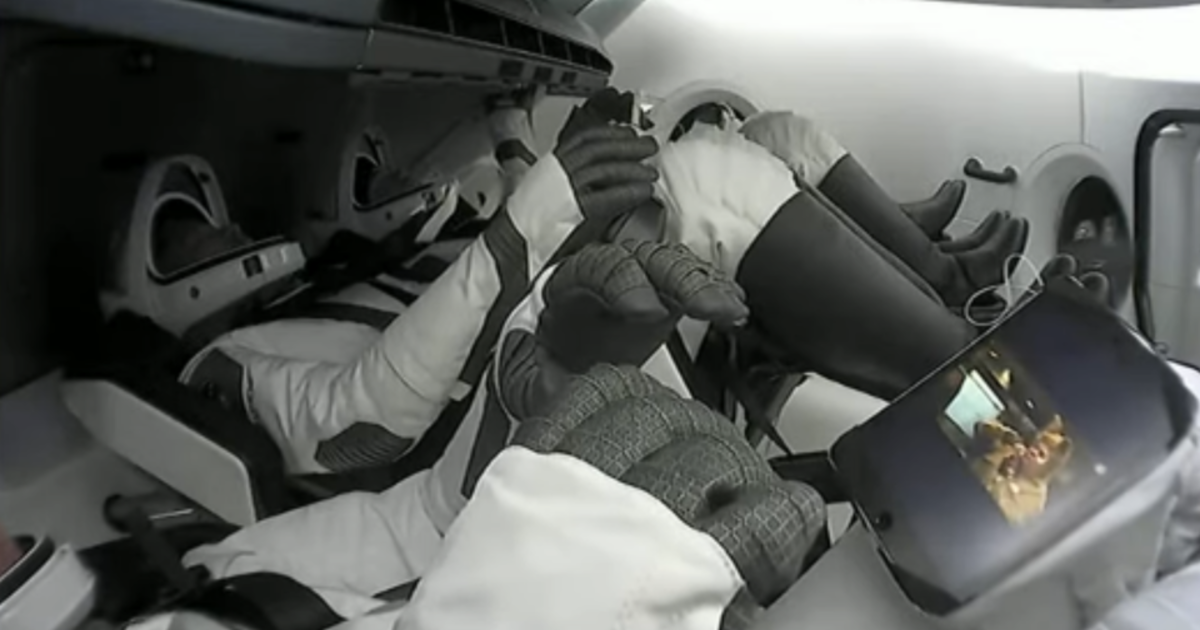 SpaceX Tourist Watches Movie While Careening Down to Earth

Elon Musk later said it's "one of my favorite movies."

Elon Musk later said it's "one of my favorite movies."

May The Schwartz Be With You

There’s nothing quite like passing time on a flight with a good movie — especially when your flight includes an incredibly rapid and fiery descent towards Earth from space.

At least, that’s what happened during the Inspiration4 crew’s return from orbit on Saturday evening. While the SpaceX space tourists returned from their journey, a few eagle-eyed viewers watching the live stream of the descent noticed something odd: one of the crewmembers was watching "Spaceballs" during the drop down.

Twitter user @OwenSparks_ tweeted a screenshot of mission specialist Christopher Sembroski watching the 1987 Mel Brooks-directed parody and tagged SpaceX CEO Elon Musk in it. He later responded, saying that it’s one of his favorite films.

One of my favorite movies

Sembroski was watching the film during a period of time before the deorbit burn, which is when the capsule actually falls back into the atmosphere, according to The New York Times.

Splashdown occurred at roughly 7:05pm ET. The entire mission back to Earth was a resounding success, with each of Inspiration4’s crew members arriving safe and sound.

Overall, it represents a massive milestone and big leap forward for the space tourism industry. Not only has SpaceX successfully sent four civilians into space, but it got them back safely after three days in orbit around Earth. This is no doubt a huge deal when it comes to the future of space travel — and more than some companies have been able to pull off as of late.

Burning Bridges
Elon Musk Says He Can't Give Free Starlink to Ukraine Anymore After Officials There Were Mean to Him
Oct 14
Read More
Musk v. USA
Elon Musk Furious That the Government Isn't Giving Him More Free Money
Sep 13
Read More
The Saga Continues
SpaceX President Defends Elon Musk Against Sexual Misconduct Claims
May 24
Read More
+Social+Newsletter
TopicsAbout UsContact Us
Copyright ©, Camden Media Inc All Rights Reserved. See our User Agreement, Privacy Policy and Data Use Policy. The material on this site may not be reproduced, distributed, transmitted, cached or otherwise used, except with prior written permission of Futurism. Articles may contain affiliate links which enable us to share in the revenue of any purchases made.
Fonts by Typekit and Monotype.