Jeff Bezos Heads Toward Space, Turns Back Before He Gets There

The Kármán line has been turned into a marketing gimmick. 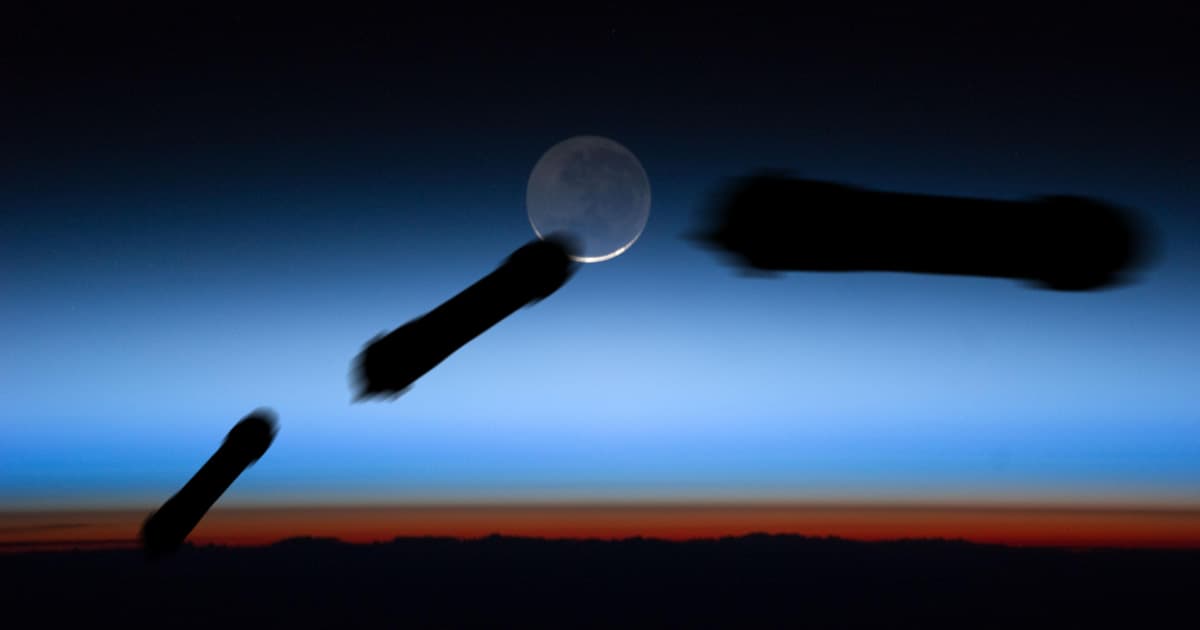 It was like listening to a family riding a thrill ride together at a theme park.

But it was actually a billionaire and a few of his pals screaming as Blue Origin successfully completed its first crewed mission to the edge of space. The company's New Shepard spacecraft RSS First Step rocketed from the West Texas desert high into the Earth's upper atmosphere, reaching an apogee of 351,210 feet, or 66.5 miles.

Blue Origin CEO Jeff Bezos and his brother were on board, as well as retired pilot Wally Funk and an 18-year-old son of a private equity investment firm CEO.

While the crew technically earned their "astronaut wings," awarded by the US government to anybody who flies above an altitude of 50 miles, the launch failed to reach orbit.

That's a technicality that we're probably going to hear a lot about in the coming months and years. Basically, space tourism ventures like Blue Origin are probably going to be claiming that they're sending a lot of people to "space." That's savvy marketing, but it's certainly not true in the same way that SpaceX is sending astronauts all the way to the International Space Station for months-long sojourns — and in the race to a true orbital economy, that distinction matters.

The rocket may have crossed the internationally agreed upon boundary between the Earth's atmosphere and outer space called the Kármán line at 62 miles — but it didn't manage to get to an altitude where spaceflight can be feasibly sustained.

There's arguably a difference between poking your head above the clouds — and achieving "spaceflight."

The edge of space has always been vaguely defined. And with the rise of the space tourism industry, the Kármán line has been turned into a marketing gimmick, allowing an increasing number of companies to sell extremely expensive "tickets to space" to the ultra wealthy.

"Over the past 60 years of space travel, most things have not hung out in this liminal region for long periods of time," Jonathan McDowell, an astronomer at the Harvard-Smithsonian Center for Astrophysics, told The Atlantic.

In other words, the altitude reached by the RSS First Step today was a place that spacecraft simply pass through to get to actual space.

In fact, the Kármán line itself was the result of scientists rounding up to arrive at a clean number: 100 kilometers, according to The Atlantic.

Perhaps it is time to draw a more significant boundary to where "outer space" begins, perhaps at an altitude where orbital velocities can be achieved.

For now, billionaires will have to market their rollercoaster ride as a way to get to 62 miles — but once space tourism flights become more commonplace, it's likely that suborbital flights like today's will become second best to wealthy thrill seekers as well.

The real rollercoaster ride arguably happens in low-Earth orbit. In orbit, a spacecraft can outpower the planet's gravitational pull to continuously free fall around the Earth — and not immediately start plummeting back down through the atmosphere.

Credit where credit is due. Thousands contributed to today's Blue Origin launch, and the fact that the launch went by without a hitch is a major achievement to those who helped make it happen.

But perhaps, the name RSS First Step was intentional — Bezos's journey today is only the beginning. Maybe one day, his space company will truly compete with other companies that have brought humans into orbit.

Take SpaceX, for instance. The Elon Musk-led company is sending its first crew of private citizens on a multi day journey around the Earth as soon as next month — and they'll be cruising right past the Kármán line, treating it like the arbitrary boundary it was designed to be.

Read This Next
Pale Blue Shat
William Shatner Explains Why His Trip to Space Was Horrible
Overview Effect
William Shatner Says His Space Trip Left Him With a Feeling of Terrible Grief
And Beyond
How NASA Got Price Gouged on the SLS, According to Its Former Second-in-Command
Billionaire Bailout
Bernie Sanders Working to Block Jeff Bezos From NASA Moon Contract
Heating Up
One Space Trip Emits a Lifetime's Worth of Carbon Footprint
More on Off World
Heavy Metal
Yesterday on the byte
NASA Mars Rover Finds Metallic Object That Smashed Down on Surface
Small But Mighty
Yesterday on the byte
Baby Asteroid Photobombs James Webb On Accident
Little Guy
Yesterday on the byte
Scientists Prototype "Creeping" Lizard-Like Robot for Exploring Mars
READ MORE STORIES ABOUT / Off World
Keep up.
Subscribe to our daily newsletter to keep in touch with the subjects shaping our future.
+Social+Newsletter
TopicsAbout UsContact Us
Copyright ©, Camden Media Inc All Rights Reserved. See our User Agreement, Privacy Policy and Data Use Policy. The material on this site may not be reproduced, distributed, transmitted, cached or otherwise used, except with prior written permission of Futurism. Articles may contain affiliate links which enable us to share in the revenue of any purchases made.
Fonts by Typekit and Monotype.