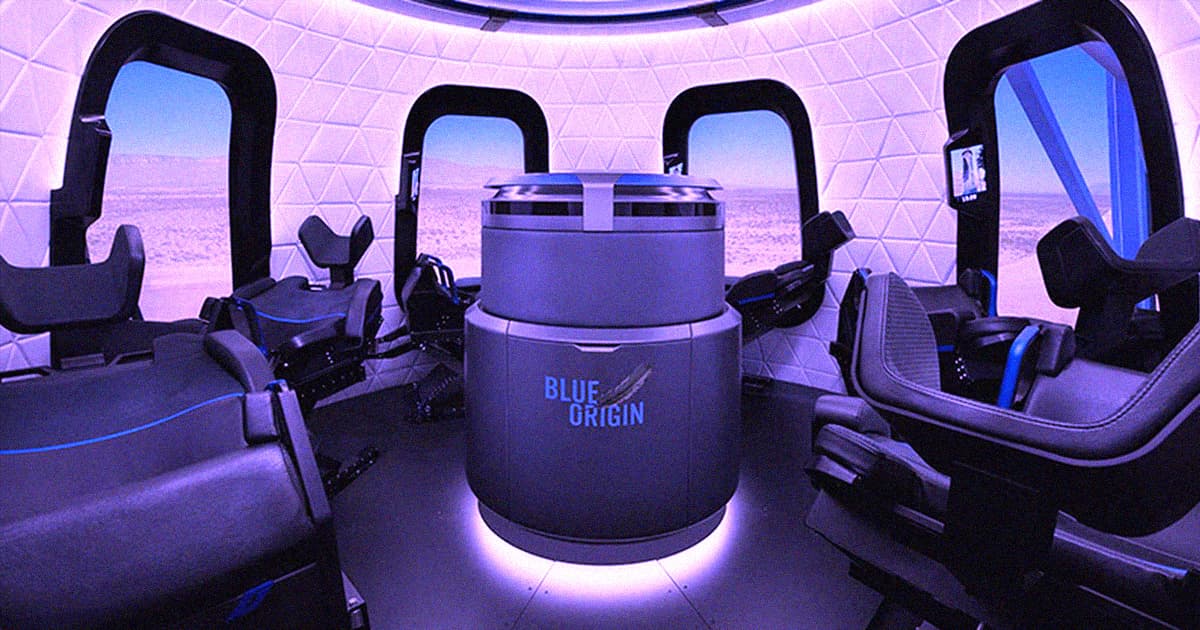 The 18-year-old son of a private equity investment firm CEO, is taking their seat.

The 18-year-old son of a private equity investment firm CEO, is taking their seat.

Oliver Daemon, an 18-year-old from the Netherlands, will be joining Amazon founder Jeff Bezos on a journey of a lifetime next week: a trip to an altitude of 62 miles on board the Bezos-led Blue Origin's New Shepard rocket.

The original ticketholder, who shelled out $28 million for the ticket and has asked to remain anonymous, isn't tagging along.

Why? Because of "scheduling conflicts," according to a Blue Origin press release. That, of course, earned mockery online. Did the ultra-wealthy space enthusiast get cold feet? Who has a schedule packed enough to skip out on a trip to outer space?

Daemon is the son of a private equity investment firm CEO and one of the runners-up in the auction that awarded the unnamed millionaire with the $28 million ticket, according to The New York Times.

In other words, for the time being at least, you'll have to be filthy rich — or the heir to a gigantic fortune — to secure a ticket to space.

Note the quote marks around "space." Whether any trips by Blue Origin or competitor Virgin Galactic actually count as space travel remains a matter of considerable debate.

"[Daemon] was a participant in the auction and had secured a seat on the second flight," Sara Blask, a Blue Origin spokeswoman, told the NYT. "We moved him up when this seat on the first flight became available."

The wealthy heir is at least excited to go — and have his father pay for the trip.

"This is a dream come true!" the 18-year-old said in a news release. "This is so unbelievably cool! The flight to and into space only takes 10 minutes, but I already know that these will be the most special 10 minutes of my life."