"It's a private mission, and their choice." 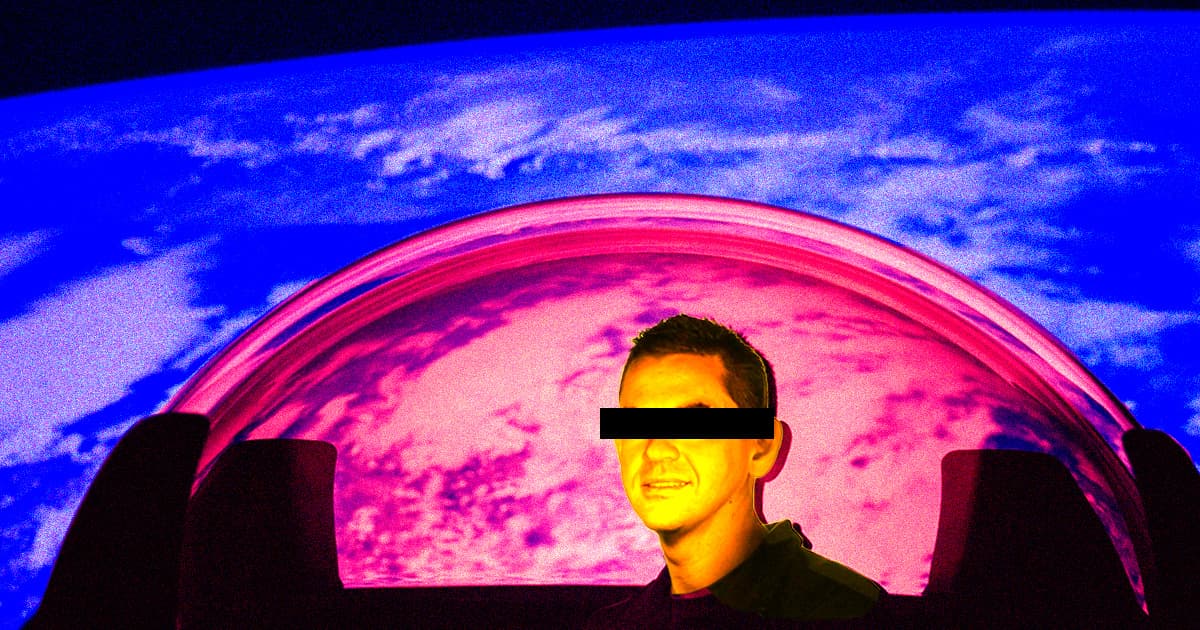 Aside from gathering some scientific data, the Inspiration4 all-space-tourist crew currently circling the Earth inside a SpaceX Crew Dragon spacecraft is kicking off a new era in spaceflight: some honest-to-God tourism.

Think less scientific rigor and more sightseeing and Las Vegas gambling (to the degree that one scientist involved with the launch even told Futurism that "the data might not even be very useful for researchers.")

None of the four average Joe passengers are professional astronauts, despite having been put through the ringer during training. They're private individuals on a privately funded trip to space by a generous billionaire.

And that could explain why we're not seeing much footage from inside the Crew Dragon capsule. The mission's official Instagram account, for instance, has released only one photo from orbit — and it shows only the craft's dome, not the interior.

"I've had several questions about why there are no photos of Inspiration4 after orbit," Ars Technica senior space reporter Eric Berger wrote on Twitter. "It's a private mission, and their choice."

One interpretation of Berger's tweet is that the crew itself could be refusing to release footage from inside the capsule. But there may be more at play.

The final footage from inside the spacecraft will more than likely go through plenty of vetting before being released.

"Families are in regular contact and all is well," Berger added. "There will be some events."

It's a bit of a left turn in the history of spaceflight. This is not a government funded venture that prioritizes the scientific rigor involved in furthering our understanding of outer space.

The Inspiration4 mission is finally showing us what true space tourism could actually look like, in other words, with the emphasis on tourism.

"The video will eventually show up on Netflix," Berger wrote. "But this is not NASA, folks."

Making the affair more awkward is the simple fact that SpaceX's Crew Dragon spacecraft was developed under contract with NASA.

The capsule received plenty of funding from the space agency under the Commercial Crew Program to establish a new way to ferry astronauts to the International Space Station. SpaceX and Boeing have received a large part of the $6 billion in taxpayer funds NASA has spent on the program since 2010.

In other words, there's a very real sense that these tourists are visiting space on the taxpayers' dime.

Does that reserve us the right to get a closer look at what the Inspiration4 crew are up to? It's tough to say. In some ways, it's a private trip. In others, it leans on public funding.

All in all, it's an odd moment in the history of spaceflight. After all the hubbub and promotion, SpaceX's Inspiration4 mission appears to have disappeared from the face of the Earth, no pun intended. All we've got so far are a handful of video screenshots of the team gazing at the Earth below.

And perhaps we shouldn't expect much more than that. SpaceX CEO Elon Musk has also been uncharacteristically quiet about the launch.

"Just spoke with @inspiration4x crew," Musk wrote in a rather terse tweet following the launch. "All is well."