Blood Will Be Collected From SpaceX Space Tourists Next Month

The crew of the first all-civilian spaceflight mission have a lot of homework to do. 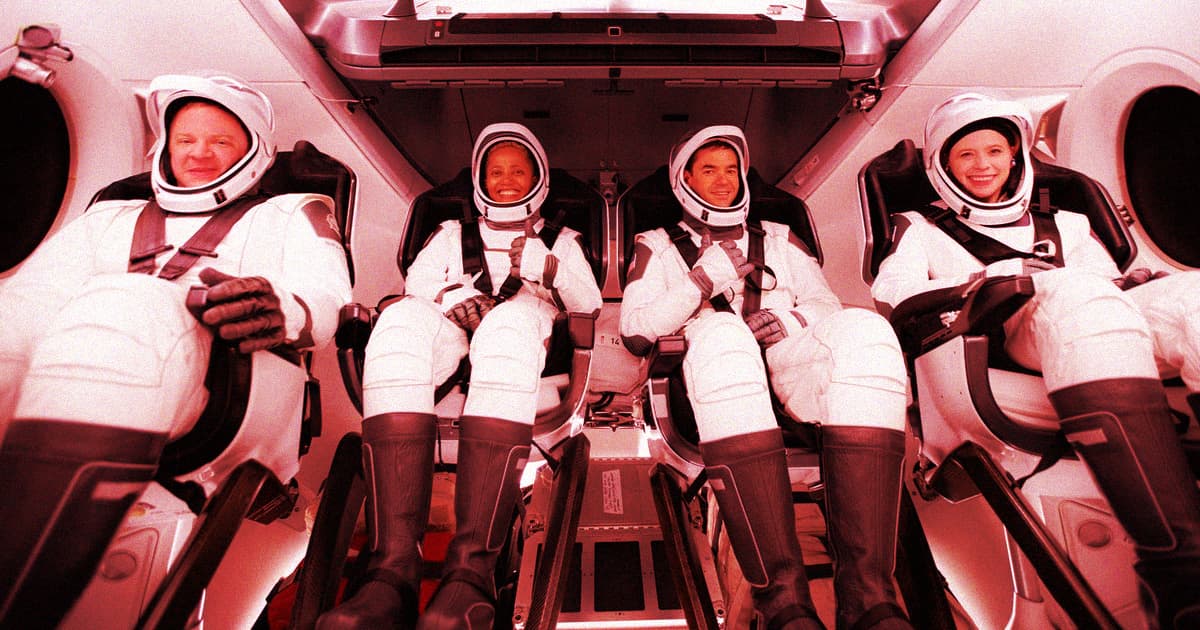 The crew of the upcoming Inspiration4 mission, the first all-civilian human spaceflight, have agreed to collect and test drops of their blood during their journey around the Earth — for the sake of science.

The crew of four are set to lift off aboard a SpaceX Crew Dragon spacecraft on September 15. They won't be docking with the Crew Dragon's typical destination of the International Space Station, though, because they'll instead be spending three days circling the Earth at an altitude of 370 miles.

In fact, that'll mark the furthest from Earth any human spaceflight has traveled since NASA sent astronauts on board the Space Shuttle to repair the Hubble Space Telescope for the fifth and last time in 2009.

To get the most out of the experience, researchers from the NASA-funded Translational Research Institute for Space Health (TRISH) at the Baylor College of Medicine and investigators at Weill Cornell Medicine are partnering up with SpaceX to collect important environmental and biomedical data during the historic flight.

Apart from collecting heart rate, rhythm, cabin noise, and light intensity, the crew is also being asked to collect and test blood samples during spaceflight to measure how their immune systems will respond to time spent in space.

To take the samples, the crew will be using a state-of-the-art device called the Vertical Flow Immunoassay, a small device that can rapidly detect antigens in a sample.

The crew will also use an AI-powered ultrasound device called Butterfly IQ+ to scan their organs. The intent is to determine whether civilians can take their own clinical grade images without external help during spaceflight.

Having an entirely civilian crew spend several days in space is an historic moment — something that the crew is very much aware of.

"The crew of Inspiration4 is eager to use our mission to help make a better future for those who will launch in the years and decades to come," said commander Jared Isaacman, who is also funding the mission, in the statement.

"In all of human history, fewer than 600 humans have reached space," he added. "We are proud that our flight will help influence all those who will travel after us and look forward to seeing how this mission will help shape the beginning of a new era for space exploration."