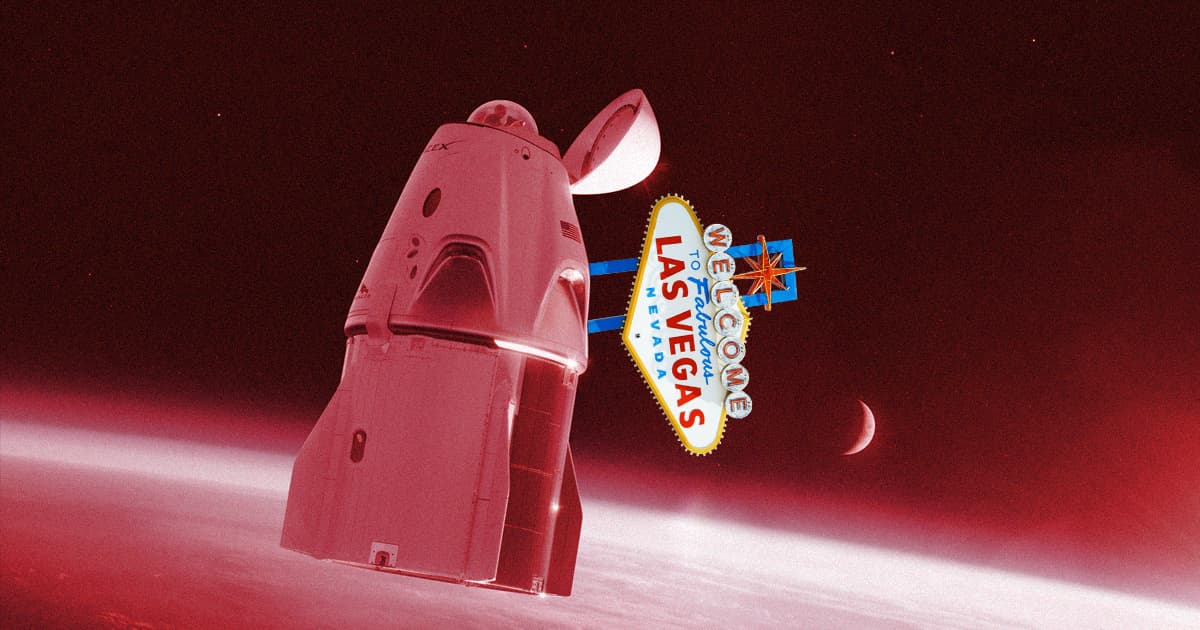 How did space tourism get so tacky so fast?

How did space tourism get so tacky so fast?

The all-tourist Inspiration4 crew is currently circling the Earth inside a SpaceX Crew Dragon capsule, after launching from NASA's Kennedy Space Center on Wednesday evening.

Now they're chilling up there, catching zillion-dollar views from a massive glass dome — and, apparently, indulging in some good old fashioned gambling.

Mission commander and billionaire funder Jared Isaacman "just became the FIRST person to ever place a bet from outer space to Las Vegas," according to casino giant MGM Resorts International.

How did space tourism get so tacky so fast? Are we headed toward a future of space travel dominated by slot machines and giant billboards, like in William Gibson's science fiction epic "Neuromancer," will become commonplace?

At least BetMGM is also making a $25,000 donation to the St. Jude Children's Research Hospital. The Crew Dragon was also loaded up with NFTs, another effort by Isaacman to raise money for the hospital.

Our take? Stuff like this makes the trip look like a big infomercial. At the same time, these are private individuals circling the Earth inside a private vehicle. They can, at least to some degree, do what they please — even if that includes watching movies and eating cold pizza.