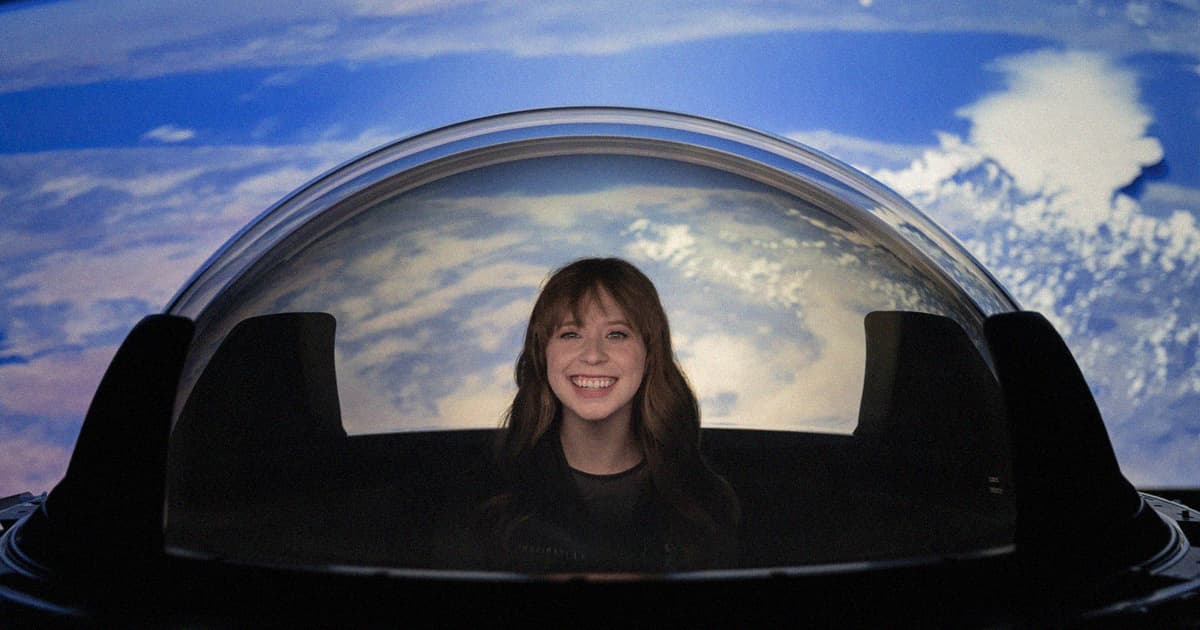 SpaceX Shows Off Beautiful Dome for Next Month's Space Tourists

The views are going to be incredible.

The views are going to be incredible.

SpaceX has made an exciting new modification to its Crew Dragon spacecraft that will carry the first all-civilian astronaut crew around the Earth later this month.

The capsule was outfitted with a "Cupola," which Musk described as a "glass dome" in a tweet earlier this year, that will offer the crew of four an unparalleled look at the Earth — and the space beyond it — from hundreds of miles off its surface.

Since the capsule won't be docking with the International Space Station, it didn't need the extra docking mechanism on its nose cone, meaning these private space travelers will get a special treat on top of an already once-in-a-lifetime experience.

A look at Dragon’s Cupola, which will provide our Inspiration4 astronauts with incredible views of Earth from orbit!

The crew visited the flight-hardware Cupola in California before it was shipped to Florida for integration with Dragon Resilience. pic.twitter.com/9ivMZrS1ip

Photos shared by the mission's official Twitter account show the crew sheepishly smiling at the camera through the glass dome.

Earlier this year, SpaceX CEO Elon Musk described the view on Twitter as "probably most 'in space' you could possibly feel by being in a glass dome."

The cupola bears a resemblance to its much bigger counterpart of the same name, which has offered astronauts on board the International Space Station an incredible view of our planet since February 2010.

But while the ISS's Cupola module is made out of seven individual pieces of reinforced glass, Dragon's cupola appears to be made out of one uninterrupted piece — impressive, considering the sheer amount of forces acting on the material.

Inspiriation4 is set to launch on September 15, if all goes well, from NASA's Kennedy Space Center in Florida, with the crew spending three whole days orbiting the Earth.