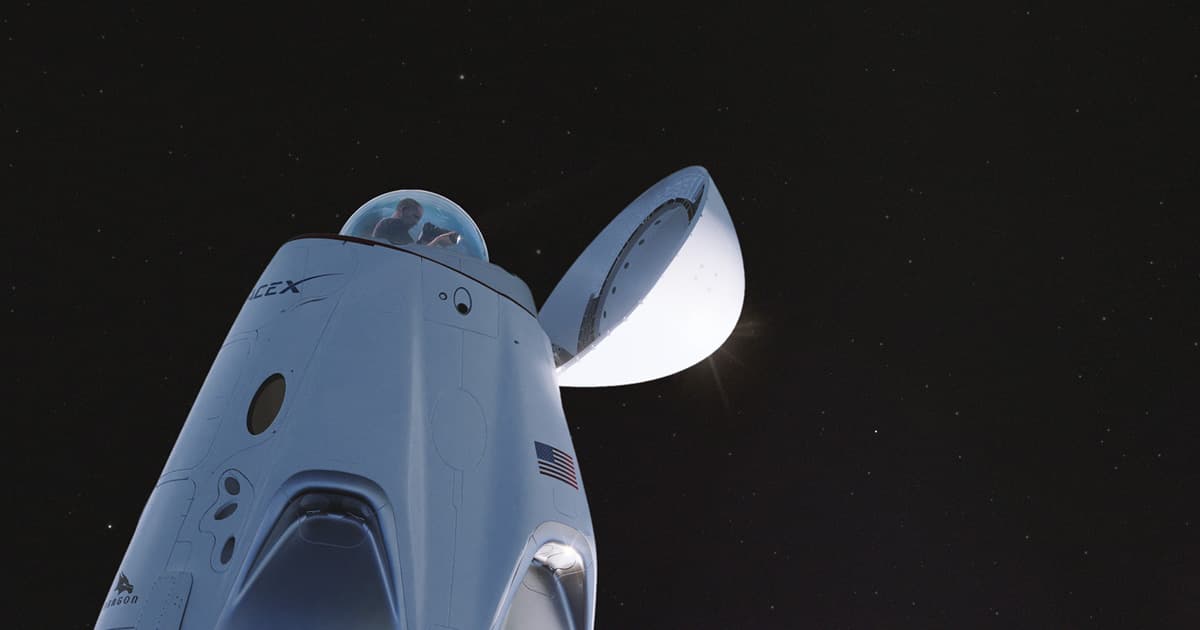 "Probably most 'in space' you could possibly feel by being in a glass dome."

"Probably most 'in space' you could possibly feel by being in a glass dome."

SpaceX has shown off its latest render of its Crew Dragon spacecraft, this time featuring an almost 180-degree glass dome, allowing future passengers to get an unprecedented view of their surroundings.

"Probably most 'in space' you could possibly feel by being in a glass dome," boasted CEO Elon Musk in a Twitter reply.

A new view for crew pic.twitter.com/iSVwUyJT5R

It's still unclear which types of Crew Dragon capsules could feature such a dome, but given the focus on enjoying the view, the new feature is likely aimed at private passenger flights to space.

The news comes after billionaire Jacob Isaacman selected three individuals to join him on a multi-day Crew Dragon journey to space as soon as "mid to late September."

The glass dome is reminiscent of the "Cupola" installed by the European Space Agency on the International Space Station in 2010. The circular window at the center of the Cupola is roughly 2.5 feet across.

If SpaceX were to use its dock adapter structure, the dome could be almost 4.5 feet in diameter, according to Teslarati's calculations, and about two feet deep.

As seen in the render, the glass dome could be enclosed by the capsule's nosecone when not in use.

It's still unclear if current technological limitations would actually allow for such a huge glass dome to exist today. Glass has to withstand extreme conditions in space, from highly varying temperatures to immense pressure differentials. The Cupola, for instance, uses specialized bulletproof glass.

Creating such a massive dome that can withstand those conditions will likely present SpaceX with a enormous engineering challenge. But the spectacular views may just make it all worth it.

READ MORE: SpaceX to upgrade Dragon with the most immersive window ever launched into space [Teslarati]

More on Crew Dragon: A Contest Is Sending These Mere Mortals Into Orbit For Free