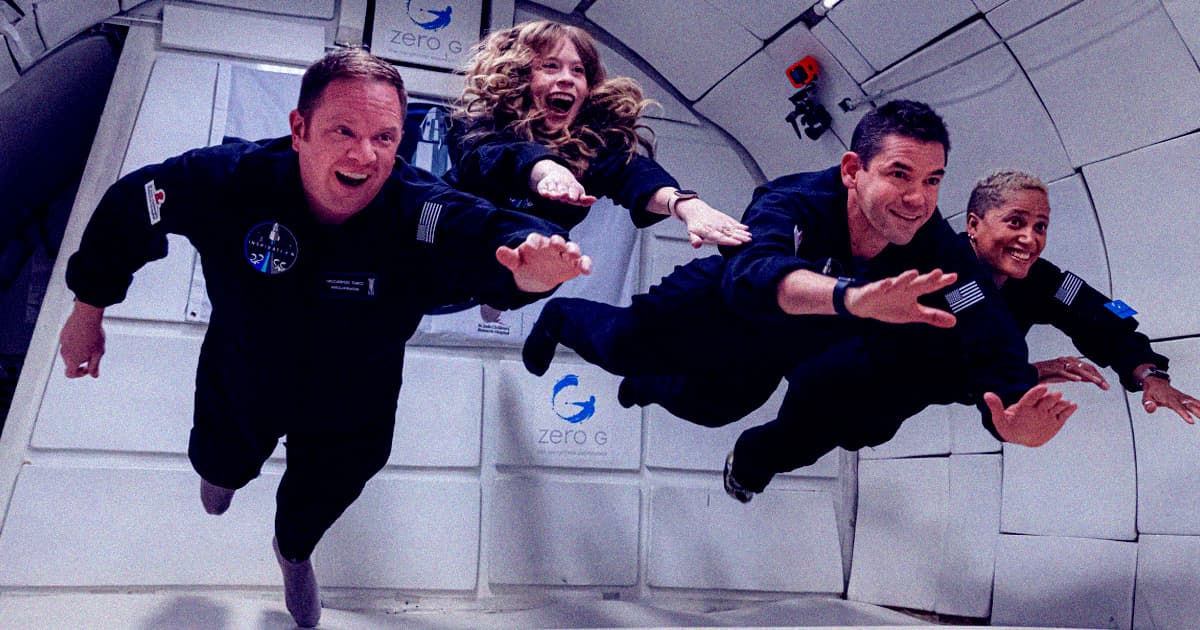 Next week, SpaceX is about to make history by sending the first all-civilian crew into Earth's orbit for a three day joyride.

But while the crew of four didn't have to go through years of NASA astronaut training, they were still put through the ringer ahead of their journey into space. As Axios reports, that included a grueling 30-hour simulation that mimicked a near-disaster — a sign that the team left no stones unturned in the exhaustive preparation process.

"The last 45 minutes, there was awareness from us in the capsule and them on the ground... There is like a chance that this might not be actually a survivable situation," mission lead and billionaire funder of the expedition Jared Isaacman told the site.

The simulation took place inside a full-scale Dragon spacecraft mockup at SpaceX HQ in Hawthorne, California, according to Axios.

During their stint inside the simulator, the crew had to endure launch delays caused by weather and eat the foods they'll consume while orbiting the Earth.

Most harrowingly, the 30-hour simulation almost ended in simulated disaster.

But thanks to their training, the crew managed to get back down to the simulated surface below in one piece.

Other than experiencing the shock of almost dying inside a simulation of their upcoming journey, the rest of their trip sounds a bit like a long-haul flight.

The team is planning on eating cold pizza alongside other fresh foods during their first day, according to Axios. During training, they were even able to pick their choice of movies to watch if they get bored of watching the Earth rotate below out of the spacecraft's 360-degree glass cupola.

Given the circumstances, though, we'd suggest staying away from "Gravity."

READ MORE: What it takes to train for space [Axios]

More on the trip: SpaceX Rocket for First All-Tourist Spaceflight Rolls to Launchpad