It's yet another historic moment for SpaceX. 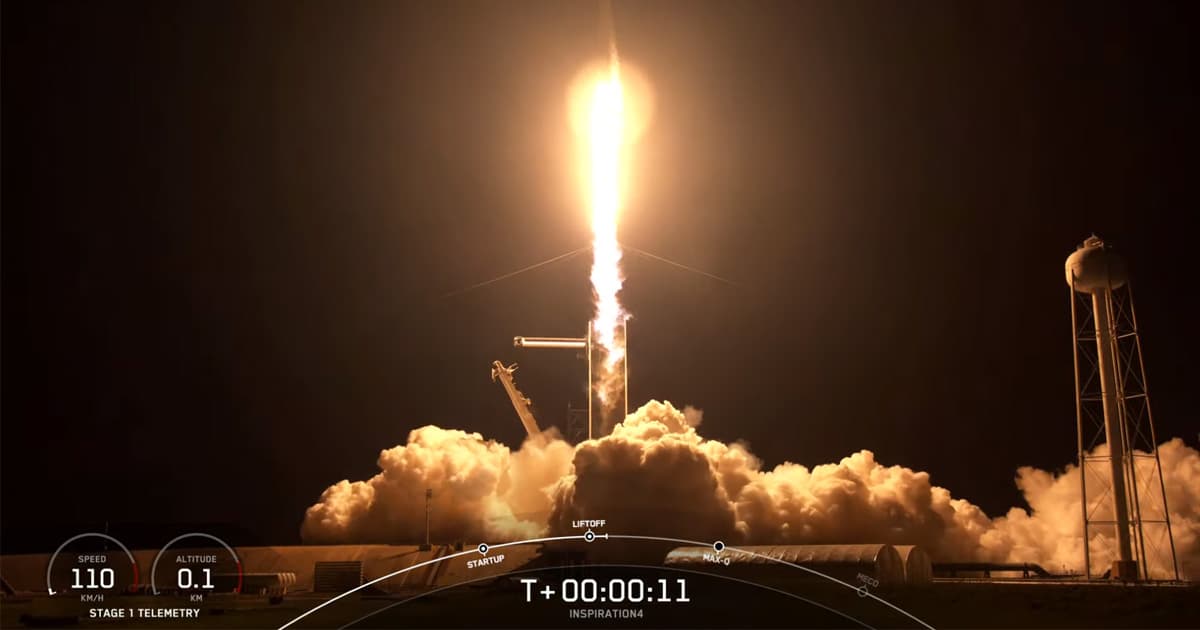 SpaceX has successfully launched the its first all-civilian crew into orbit on board its Crew Dragon spacecraft. The Falcon 9 rocket took off from NASA's Kennedy Space Center in Florida at 8:02 pm EDT.

It's a major milestone in the history of private spaceflight. None of the four passengers went through NASA's rigorous astronaut training, and now they'll spend the next three days watching the Earth below through a massive 180-degree glass dome, totaling over 2,000 square inches of viewing area, according to SpaceX.

LAUNCH! SpaceX Falcon 9 B1062 launches from KSC 39A with Crew Dragon Resilience and Inspiration4 - the first all-private crew launch to orbit.

The Inspiration4 launch was funded by billionaire adventurer Jared Isaacman. The rest of the team is made up of:

The plan is to accelerate to an altitude of over 350 miles, well above the altitude of the International Space Station. The team will spend their time in orbit gazing down at the surface of Earth, eating astronaut food, and even watching their favorite movies.

It's the highest altitude human astronauts have traveled since the last Hubble Space Telescope servicing mission in 2009.

The team will also be collecting valuable biomedical data, including taking blood samples, while traveling through space. The team will even use an AI-powered ultrasound device called Butterfly IQ+ to scan their organs.

The Falcon 9 first stage that carried the crew into space dubbed B1062 has actually boosted spacecraft into orbit twice before. The Crew Dragon Resilience spacecraft housing the crew has also carried a previous crew to the International Space Station in November.

We're excited to follow the historic launch and there will certainly be plenty more to cover, so stay tuned.

More on the launch: How to Watch SpaceX's Historic All-Civilian Space Launch Tonight