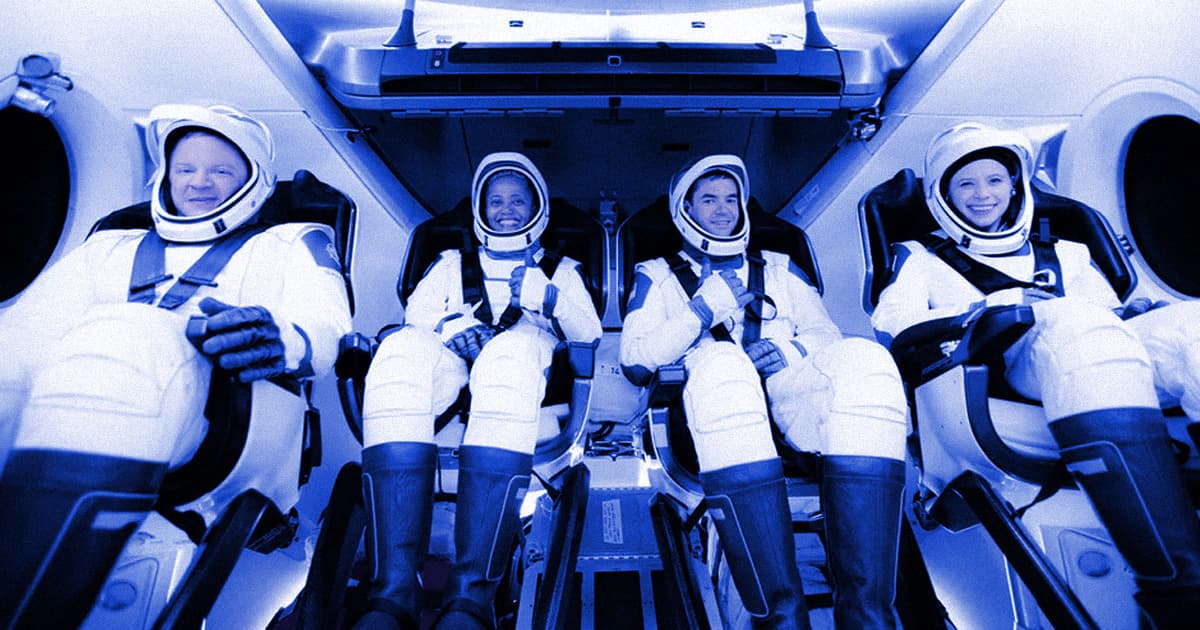 SpaceX is about to launch four average Joes on a trip to space, marking the first time an all-civilian crew has ever done so — and we get to watch it live from the comfort of our own homes.

But if you want to get in on the action early, you can catch SpaceX's own coverage livestreamed on YouTube, which kicks off at 3:45 pm EDT:

While other private space companies, like Blue Origin and Virgin Galactic, have managed to fly their respective billionaire CEOs into space earlier this summer, SpaceX's Inspiration4 crew is going much, much further.

The plan is to circle the Earth for three days at an altitude of over 350 miles, well beyond the International Space Station's orbit.

In comparison, Virgin Galactic CEO Richard Branson barely made it into Earth's upper atmosphere in July and spent only a couple of minutes feeling the effects of microgravity before the company's space plane fell back down to Earth.

Similarly, Bezos may have squeezed past the internationally agreed upon boundary to space — but his experience was fleeting as well.

In other words, it's a legitimately exciting moment in the history of private space travel. Even without extensive training to become a NASA astronaut, a group of four everyday people will soon be circling the Earth.

More on the launch: There's a Morse Code Message Hidden in Photo of SpaceX Tourists