The billionaire reached an altitude of 50 miles above Earth. 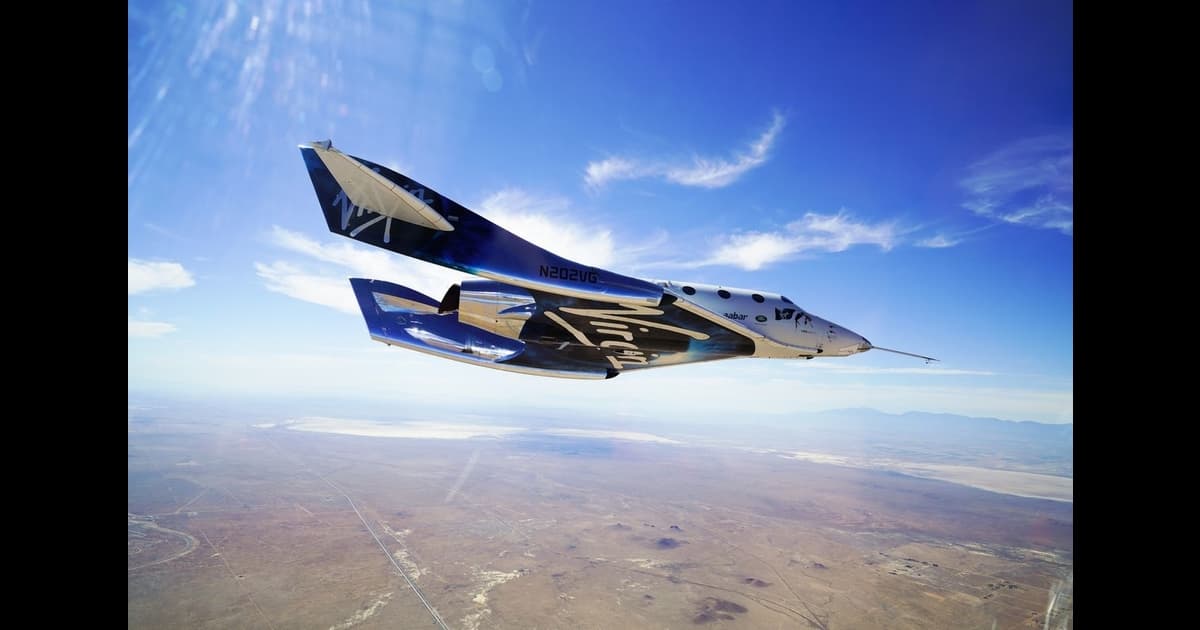 Virgin Galactic founder Richard Branson has successfully flown to space and safely landed back to Earth.

The 70-year-old billionaire rode aboard the V.S.S. Unity rocket plane on Sunday morning. Unity took off from Spaceport America in New Mexico, and was carried by another plane up, dubbed Mothership Eve, to roughly 50,000 feet before being released. The craft then ignited its rockets and accelerated to an altitude of 50 miles — which is the point the US government considers to be the beginning of outer space.

The flight took roughly an hour from take off to touch down. During this time, Branson and his fellow crew members evaluated the experience for future Virgin Galactic customers. They were also able to experience weightlessness for a brief period of time while the craft was at its peak arc above the Earth.

Branson was a part of a crew of six to take part in the inaugural Virgin Galactic flight, according to The New York Times. Joining the mogul were pilots David Mackay and Michael Masucci, as well as three mission specialists who helped evaluate the experience for future astronauts.

Branson said that the flight was "an experience of a lifetime" during the Unity's descent — and he's no doubt right. Regardless of what you think of the whole billionaires-going-into-space trend, it's pretty cool that we get to see space tourism finally take off (literally) after decades of work and research. This undoubtedly is a huge step forward for a new era of space travel and exploration.

Watch the full flight below:

Read This Next
Pale Blue Shat
William Shatner Explains Why His Trip to Space Was Horrible
Overview Effect
William Shatner Says His Space Trip Left Him With a Feeling of Terrible Grief
And Beyond
How NASA Got Price Gouged on the SLS, According to Its Former Second-in-Command
Billionaire Bailout
Bernie Sanders Working to Block Jeff Bezos From NASA Moon Contract
Selling Seats
Virgin Galactic Lost an Absolutely Staggering Amount of Money Last Year
More on Off World
Hall Effect
Yesterday on futurism
Test Suggests Ion Thrusters Could Power Crewed Interplanetary Missions
CHON: Legacy
Yesterday on the byte
James Webb Discovers Coldest Ice in Known Universe, Harboring Molecules Essential For Life
Is There?
Yesterday on the byte
NASA Setting Up Facility For Mars Rock Samples That Might Contain Alien Life
READ MORE STORIES ABOUT / Off World
Keep up.
Subscribe to our daily newsletter to keep in touch with the subjects shaping our future.
+Social+Newsletter
TopicsAbout UsContact Us
Copyright ©, Camden Media Inc All Rights Reserved. See our User Agreement, Privacy Policy and Data Use Policy. The material on this site may not be reproduced, distributed, transmitted, cached or otherwise used, except with prior written permission of Futurism. Articles may contain affiliate links which enable us to share in the revenue of any purchases made.
Fonts by Typekit and Monotype.