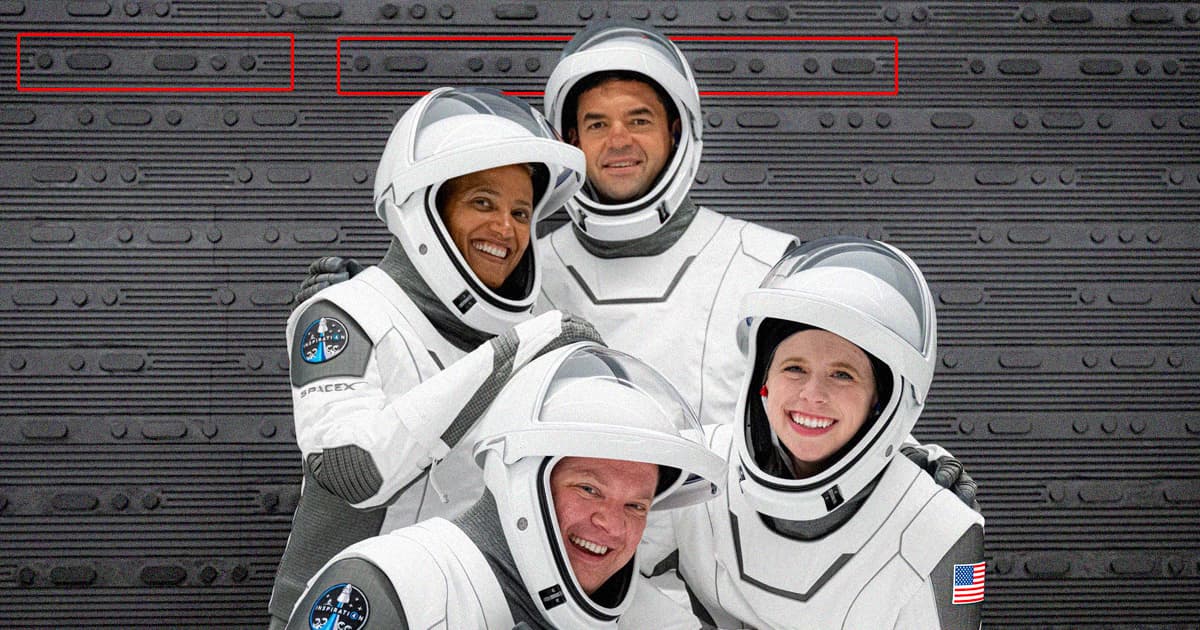 The all-civilian crew of this week's historic Inspiration4 SpaceX flight recently put on their custom tailored spacesuits to pose for a photo.

And, it turns out, SpaceX hid a little Easter egg in the background of the shot. Internet sleuths at the SpaceXLounge subreddit discovered the hidden message written out in Morse code: "Ad astra."

While that is indeed the name of of the 2019 sci-fi blockbuster starring Brad Pitt, it also means "to the stars" in Latin — an apt phrase for a space crew photo shoot.

The photo was shared by SpaceX's official Twitter account early Monday morning. Other images show the team posing in various locations, from the Tesla Model X vehicles that will ferry them to the launch pad to the inside of the Crew Dragon spacecraft.

If all goes according to plan, the Crew Dragon will launch the four into orbit at 8pm Eastern time on Wednesday. The plan is to spend around three days circling the Earth at an altitude of roughly 357 miles, well above the International Space Station's orbit. Splashdown is scheduled for September 19 somewhere off the coast of Florida.

It's a historic moment for private spaceflight. None of the four crew members completed NASA astronaut training. But they were put through their paces regardless, including a 30-hour simulation of the flight that almost ended in disaster.

So for now, good luck Inspiration4! Make sure to take some pictures — and remember: if anything goes wrong, there's always duct tape.