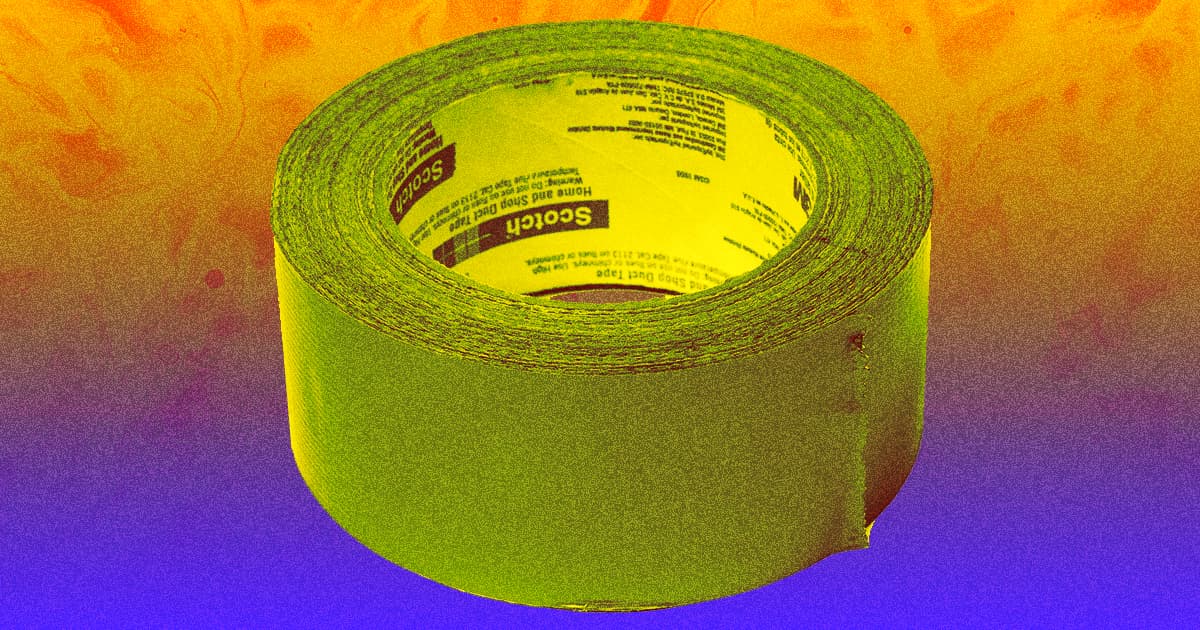 Duct tape has come in handy for astronauts before.

Duct tape has come in handy for astronauts before.

Ahead of this week’s all-civilian mission to space, Netflix has released "Countdown: Inspiration4 Mission to Space" — a docuseries showcasing the astronauts' preparation for their three-day journey.

The series provides a glimpse into the rigorous prep needed for SpaceX missions. And now, eagle-eyed Reddit users noticed something interesting in the third episode: a single roll of what appears to be duct tape amongst a dizzying array of cargo and equipment in the Crew Dragon capsule, hidden away behind a panel.

"Back of the Dragon displays double as storage," read the post from redditor u/Jarnis, "with the important things like duct tape."

While humble duct tape might seem low tech amongst all the expensive and complex instruments aboard the Crew Dragon, it's been known to save astronaut lives before.

The clearest example came during the Apollo 13 Moon mission, when an explosion vented the crew’s oxygen into space. Luckily, they were able to hack together an air filtration system out of various materials in their module, including a roll of good old fashioned duct tape — keeping them alive for the rest of their journey home, as immortalized in the 1995 Tom Hanks film "Apollo 13."

Duct tape also came in handy during the Apollo 17 mission when astronauts accidentally knocked off the fender of their lunar buggy, according to the official mission journals. Without the fender protecting against the notoriously disruptive Moon dust, the rover was essentially inoperable as it would kick up dust everywhere and contaminate the equipment.

Luckily, the NASA team back at Houston came up with an ingenious solution: a replacement fender made out of lunar maps kept together by duct tape. The solution worked and allowed the astronauts to use the buggy for the remainder of the mission.

NASA kept "mending tape" as a part of the stowage lists for Apollo missions 11 through 17 — so it’s no surprise that SpaceX would do the same for the Inspiration4 mission.

So yeah, don’t sleep on duct tape. Hopefully, the Inspiration4 crew won’t have to use it for any life-saving operations.

More on Inspiration4: SpaceX Tourist Spacecraft Will Be Loaded with Dozens of NFTs