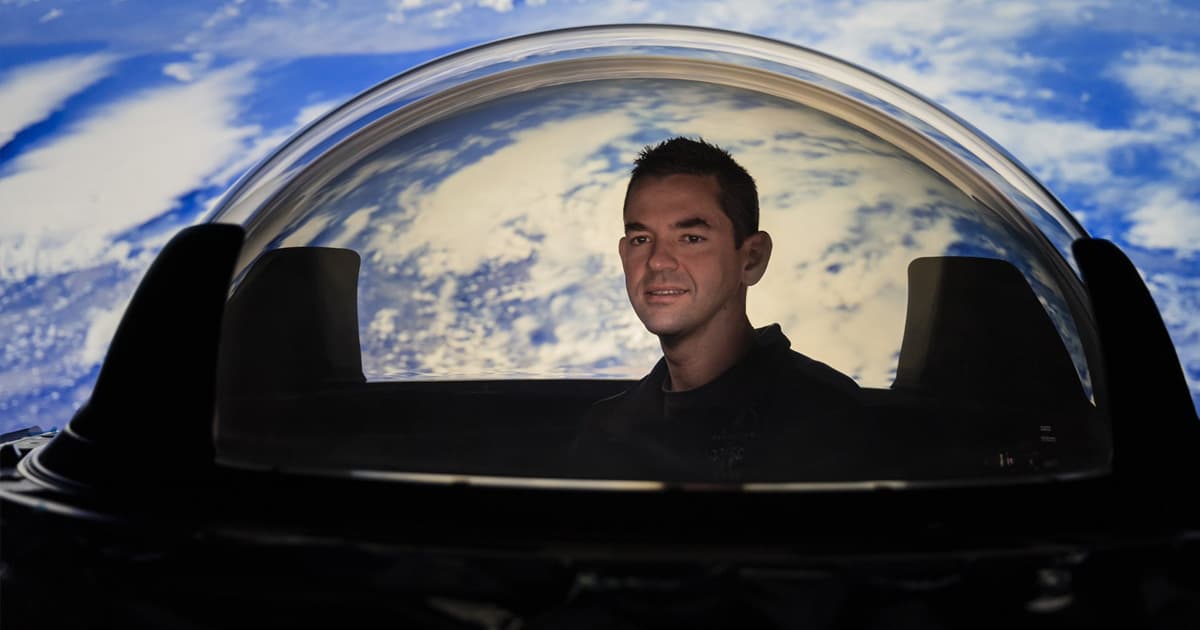 The View From Inspiration4's Toilet Is Absolutely Incredible

We officially found the toilet with the best view.

We officially found the toilet with the best view.

And, as promised, the views out of the massive cupola, which is a huge glass dome replacing the Crew Dragon spacecraft's port normally used to dock to the International Space Station, are breathtaking.

A video uploaded by SpaceX to Twitter shows the Earth slowly rotating hundreds of miles below — an incredible sight, especially considering the dome is right above the small spacecraft's only toilet.

It's literally a hundred-million dollar view. In other words, the view while the crew is doing number two... is truly number one.

SpaceX was able to remove the protective cover around the dome roughly twenty minutes into the flight, around the time Crew Dragon was gaining altitude to insert itself into a stable orbit.

While the crew will makes a doo with an incredible view, they will fortunately have a curtain shielding them from their compatriots.

"It's not a ton of privacy," billionaire funder and mission commander Jared Isaacman told Insider in July. "But you do have this kind of privacy curtain that cuts across the top of the spacecraft, so you can kind of separate yourself from everyone else."

"And that also happens to be where the glass cupola is," he added. "So, you know, when people do inevitably have to use the bathroom, they're going to have one hell of a view."