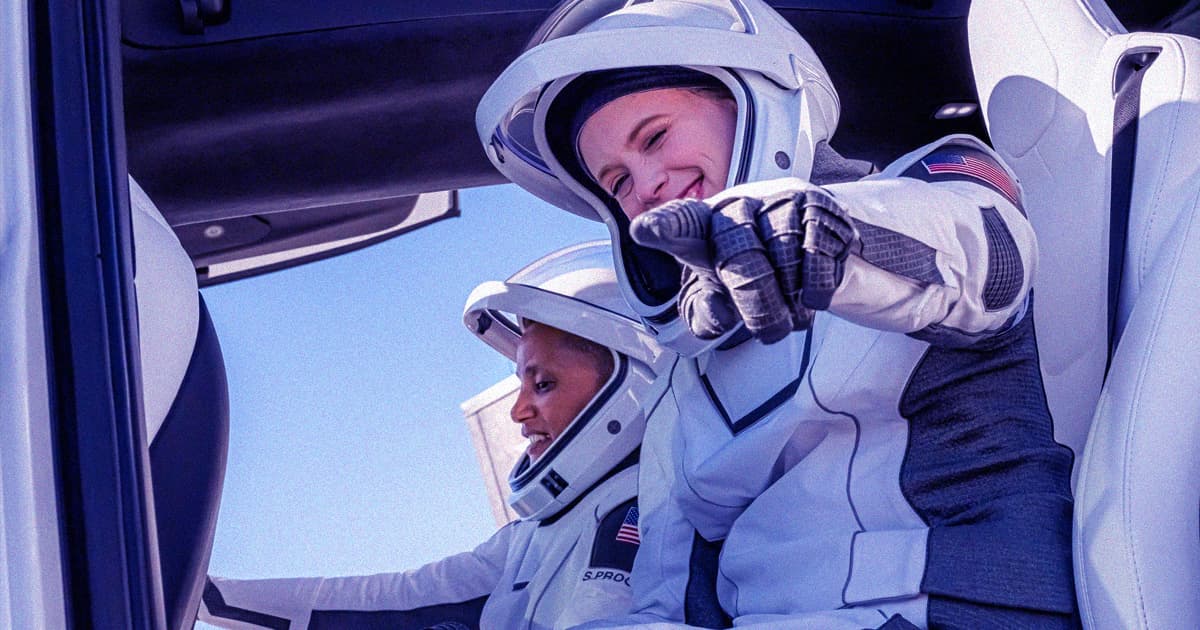 This is what actual private space travel looks like.

This is what actual private space travel looks like.

On Wednesday evening, SpaceX blasted off the Inspiration4 crew, the first all-private team to venture into orbit, on board its Crew Dragon spacecraft.

After the Falcon 9 rocket took off at around 8 pm EDT from NASA's Kennedy Space Center, it took just three minutes to blast past the Kármán line, the internationally agreed upon edge of space — and, in doing so, it literally blasted past the competition.

Virgin Galactic CEO Richard Branson, with the help of professional pilots, rocketed to an apogee of just over 50 miles this summer. Blue Origin CEO Jeff Bezos, another space company billionaire, reached 66 miles, technically above the Kármán line, but well below the kind of altitude and velocity required to enter orbit.

Whether either of those flights can be called true spaceflight is the subject of much debate. But one thing is clear: SpaceX's Crew Dragon is going a whole lot further. In fact, it’s the highest altitude human astronauts have traveled since the last Hubble Space Telescope servicing mission in 2009. It's a historic moment and a milestone that could redefine private space travel — and a clear reminder that SpaceX has left its competitors in the dust.

Shortly after liftoff, the spacecraft settled into a nominal orbit, its second stage separated, and SpaceX's massive glass dome or cupola opened up for some incredible views.

The four civilians will spend three days in Earth's orbit, while Branson and Bezos only spend a couple of minutes enjoying the effects of microgravity as their spacecraft fell back down to Earth.

The price of admission, however, could be drastically different. A NASA estimate puts the cost of a trip on board a Crew Dragon trip to the International Space Station at around $55 million. For its trip high into the atmosphere, Virgin Galactic will charge an estimated $450,000, and Blue Origin will charge only around $250,000 — though, again, neither will reach orbit.

All told, Elon Musk-led SpaceX has a massive head start — and it just made it a whole lot harder for its competitors to catch up.