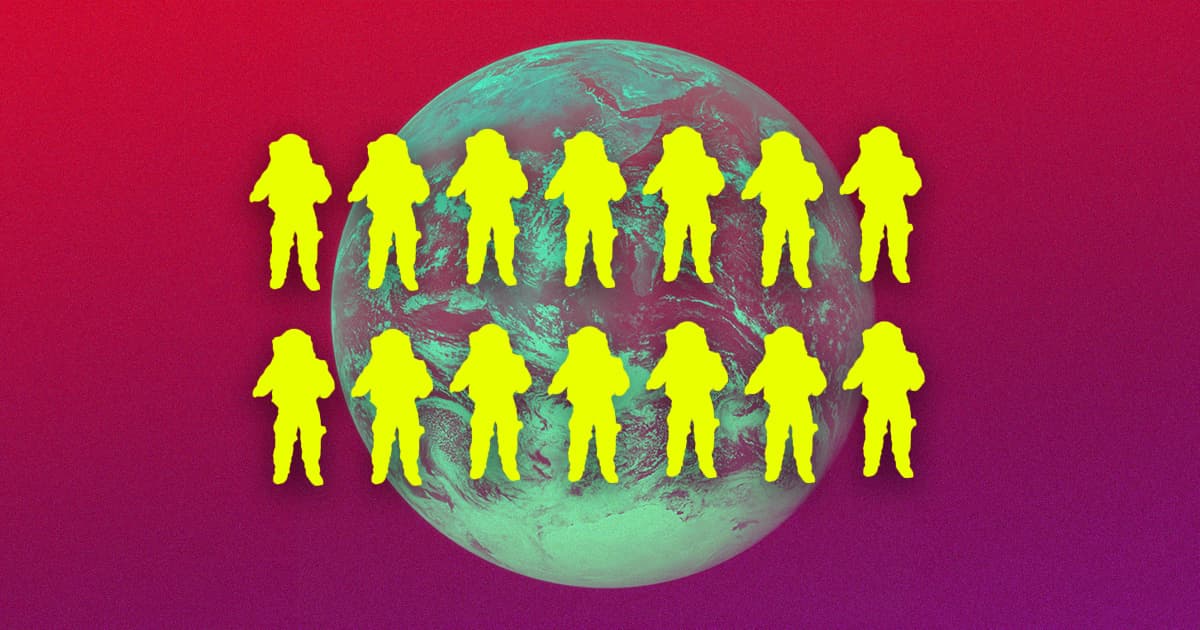 A record 14 astronauts are circling the Earth as we speak.

A record 14 astronauts are circling the Earth as we speak.

There are a total of 14 humans in space right now, circling the Earth on board three different spacecraft. It's a new (off) world record, breaking the previous record by one additional astronaut, according to Space.com.

Let's tally them up. There are currently four space tourists traveling on board SpaceX's Crew Dragon spacecraft. The International Space Station is hosting seven astronauts: three from NASA, two Russian cosmonauts, one from the Japanese space agency, and one from the European Space Agency. And then there's China's Tianhe, the core module of its much larger planned Tiangong space station, which is housing three further astronauts.

It's a rare moment in spaceflight history, with human spaceflight becoming more accessible than ever before — though, needless to say, there are still billions more people on Earth than space, and it's likely to stay that way forever.

The record won't be in place for very long. The three Chinese astronauts are scheduled to return to Earth tomorrow. And the all-civilian Inspiration4 crew will also make their return journey soon, splashing down in the Atlantic on Saturday.

The previous record of 13 astronauts has been matched on several occasions, according to Space.com.

Once was in 1995, when the Space Shuttle Endeavour hosted seven while Russia's Mir station hosted six. In 2009, the ISS hosted 13 astronauts all on its own, when seven newcomers joined the station after traveling there on board the Endeavour.

The ISS also got pretty packed this past April, after three spacecraft were docked to it at the same time, bringing the total to 11 astronauts. Some of the crew members had to resort to sleeping in the two SpaceX Crew Dragon capsules that were docked to the outpost at the time.

More on the launch: The View From Inspiration4's Toilet Is Absolutely Incredible