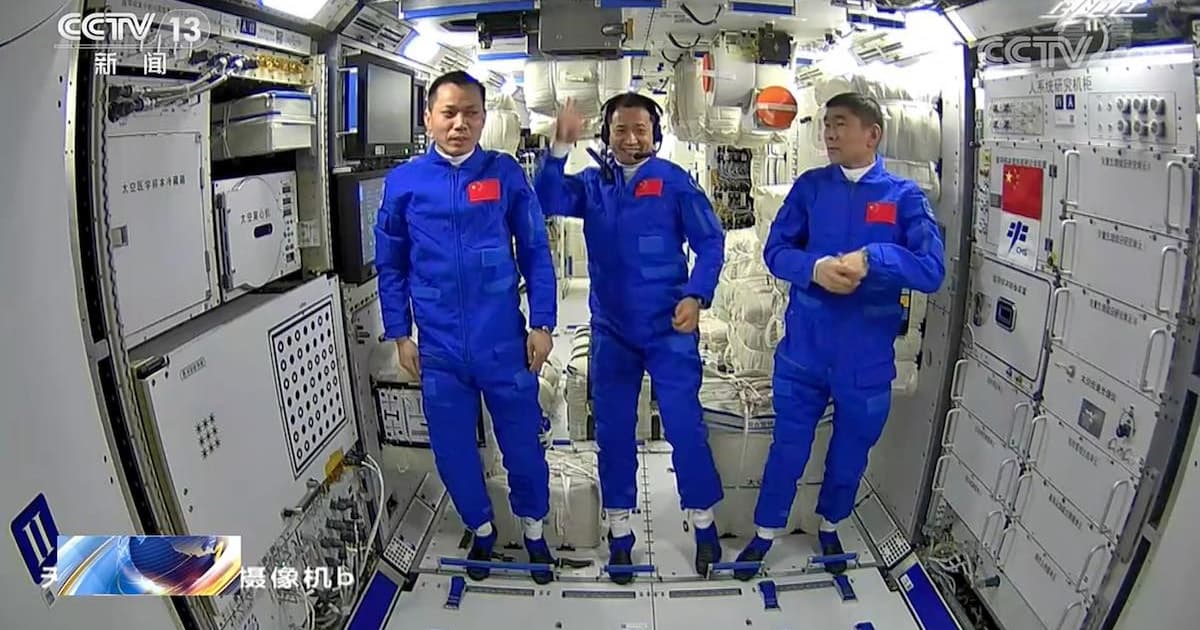 It's the longest crewed mission in China's history.

It's the longest crewed mission in China's history.

In a new "vlog" released on Chinese social media, three astronauts can be seen living on board the Tianhe module, the first section of the country's Tiangong, or "Heavenly Palace," space station.

The clip shows the crew sleeping, waking up, brushing their teeth, and shaving while floating in relatively cramped quarters — a reminder of just how far China's space program has come.

The three astronauts arrived at the station last week after launching prior from the Jiuquan satellite launch center in the Gobi Desert on June 16. The launch marked the first time China has sent astronauts to space since 2016.

The crew of three will be spending the next three months — the longest crewed mission in the country's history, according to the BBC — on board the nascent space station in order to prepare it for two more modules next year.

Earlier today, Chinese president Xi Jinping spoke with the three astronauts, the Associated Press reports, congratulating them on their trip.

"We are all very happy to see you are in good shape and the work is going well," Xi said, as quoted by the AP. "The building of the space station is an important milestone in China’s space industry and it will make a pioneering contribution to the peaceful use of the space by mankind."

Eight additional launches through the end of 2022 will add two lab modules, as well as supplies and additional crew members.

"We in Beijing await your triumphant return," Xi said.

More on the launch: Video Reportedly Shows Chinese Rocket That Smashed Into Earth