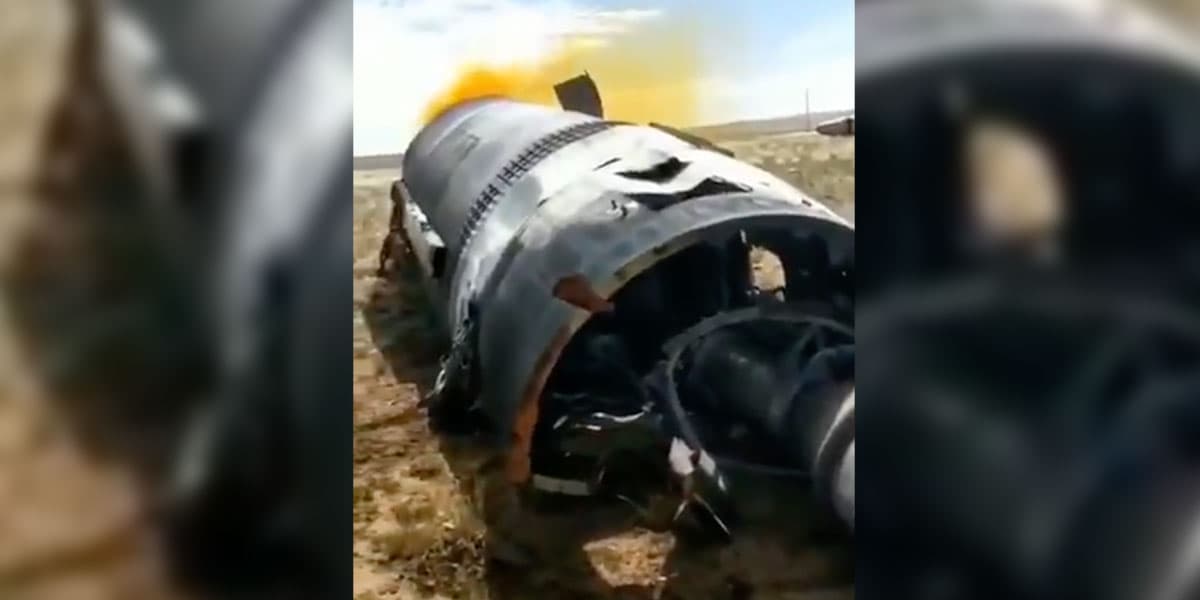 "There is a real chance of damage to whatever it hits and the outside chance of a casualty."

"There is a real chance of damage to whatever it hits and the outside chance of a casualty."

A video shared by aerospace reporter Andrew Jones on Twitter shows a massive rocket booster, reportedly part of China's Long March 2F rocket that launched three astronauts into orbit on June 16, lying in the middle of the field, leaking what appears to be nitrogen tetroxide.

This is from the Shenzhou-12 launchpic.twitter.com/Xmzenv6Z8M

According to a post on Chinese social media network Weibo, the piece landed in the Ordos, a highland basin in northwest China. Local roads were closed and people were evacuated to safe areas, according to the post.

While we can't confirm the legitimacy of the video, it wouldn't be the first time a Chinese rocket took off to deliver crews or cargo to orbit — and subsequently make an uncontrolled return to the surface below.

The June 16 launch was largely successful, allowing three astronauts to travel to the first module of the country's brand new space station called Tiangong, or Heavenly Palace, where they're expected to stay several months.

Just last month, the main core stage of the Long March 5B heavy lift rocket, used to deliver the module into orbit on April 29, came crashing back down to Earth. Fortunately, nobody was hurt.

Other rocket companies, like SpaceX, have engineered their rocket boosters to make a controlled landing, allowing them to be reused.

Despite the fact that the rocket managed to avoid making impact with any inhabited areas, experts are worried future launches might end in a disaster.

"There is a real chance of damage to whatever it hits and the outside chance of a casualty," Jonathan McDowell, an astrophysicist at the Harvard–Smithsonian Center for Astrophysics, told Agence France-Presse.