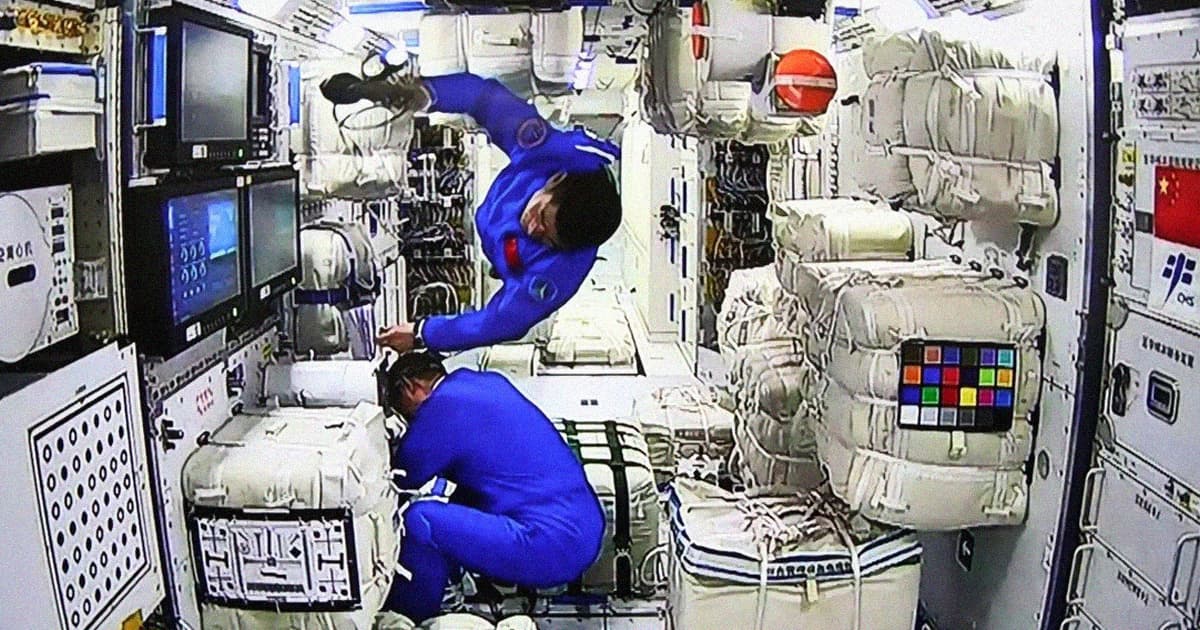 After landing a rover on the far side of the Moon and another on the surface of Mars in a matter of just two years, China has completed its next major milestone in space exploration: sending astronauts to the core module of its new space station.

It's a historic moment for the country's space program. The arrival marks the first time China has sent astronauts to an orbital outpost since 2016.

The astronauts completed some space travel procedures using manual controls, but final approach was taken care of by on board computers, according to the newspaper. As a result, docking took only a couple of hours instead of two days.

While Tiangong is currently made up of a single cabin core module called Tianhe, the space station will start growing soon as many more modules, including ones designed to house cargo and additional crew members, make their way into orbit.

The station is set to be completed as soon as next year, according to SCMP, and will have its doors open not only to Chinese researchers, but international crews as well.

The astronauts are thrilled. "It feels great," veteran commander Nie Haisheng said after reaching orbit, as quoted by the newspaper.

But there is still plenty of work to be done. "This is the first step," Chen Shanguang, deputy director of China’s manned space program, added. "There are many challenges ahead."

More on the mission: China Just Launched the First Astronauts to Its Space Station

Monkey Business
China Plans to Send Monkeys to Space Station to Have Sex With Each Other
Nov 3
Read More
God Shot
Astronaut Says He Had Religious Experience During Spacewalk
Sep 9
Read More
Be Better
Why Hasn’t NASA Hired More Black and Brown Astronauts?
Mar 24
Read More
+Social+Newsletter
TopicsAbout UsContact Us
Copyright ©, Camden Media Inc All Rights Reserved. See our User Agreement, Privacy Policy and Data Use Policy. The material on this site may not be reproduced, distributed, transmitted, cached or otherwise used, except with prior written permission of Futurism. Articles may contain affiliate links which enable us to share in the revenue of any purchases made.
Fonts by Typekit and Monotype.