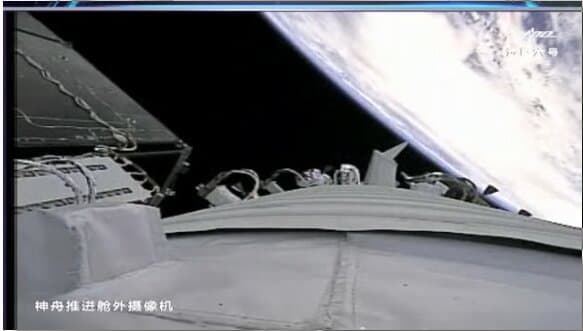 China Just Launched the First Astronauts to Its Space Station

China just launched the first astronauts to its nascent space station, who blasted off aboard a Long March 2F rocket.

Images show the spacecraft already soaring high above the Earth.

"We have invested so much energy," the rocket's designer, Rong Yi, told NBC News. "But I am thrilled to see it fulfill its duty within 10 minutes."

"I believe that in the near future, when the Chinese space station is complete, we will see Chinese and foreign astronauts taking on joint missions," China Manned Space Agency Assistant Director Ji Qiming said at a news conference before the launch, per NBC's reporting.

If all goes according to plan, China will launch 11 missions over the next two years to complete the space station. China has never been allowed to participate in the International Space Station, but Chinese authorities implied that other countries will be able to join its work on the Tiangong station.

More on China: China’s Space Station Will Have a Hubble-Class Telescope Attached