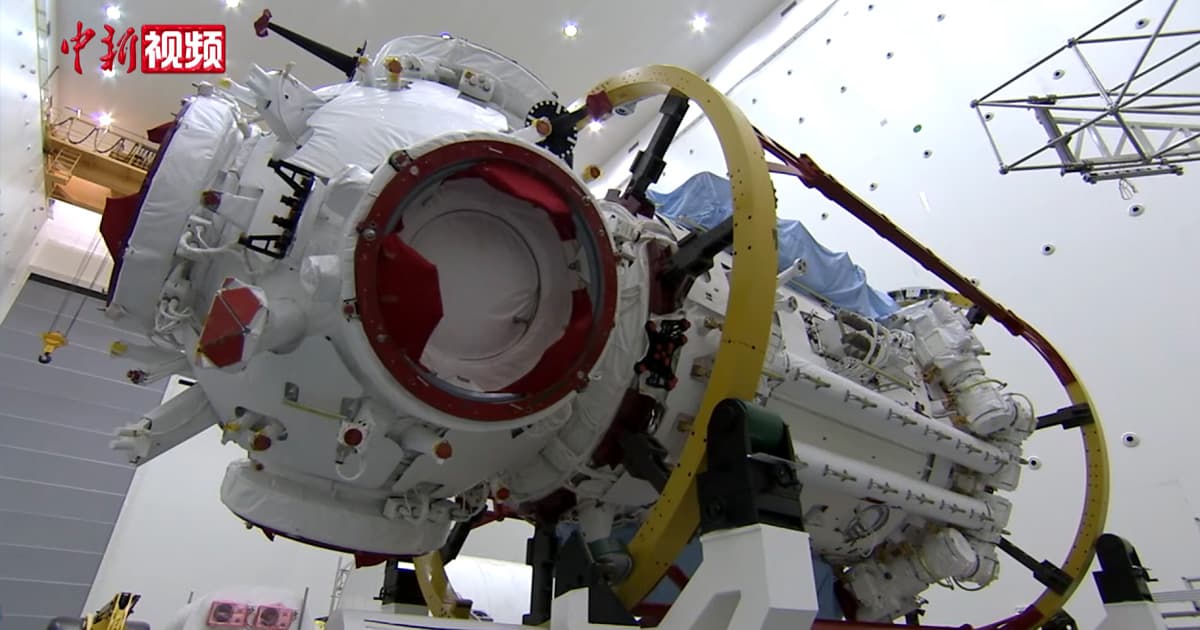 China Is About to Launch Astronauts to Its New Space Station

A Long March 2F rocket rolled out onto the launch pad on Wednesday.

A Long March 2F rocket rolled out onto the launch pad on Wednesday.

China is set to launch the first astronauts to its new Earth-orbiting space station.

A Long March 2F rocket rolled out onto the launch pad on Wednesday, as SpaceNews reports, to send three astronauts to the Tianhe core module of China's space station, which launched into orbit in April of this year.

There's a lot we don't know yet, including the exact launch date and the identities of the astronauts.

But the launch could mark a major step forward in China's space ambitions, with the establishment of a sizeable and l0ng-term foothold in Earth's orbit.

It's the country's first crewed mission in more than four years and its seventh overall, according to SpaceNews. That's a sizeable accomplishment on its own; in 2003, China became only the third country in the world to fly humans to space after the US and Russia.

The last time China flew astronauts to space was to send them to the Tiangong-2 space lab in 2016. The lab burned up in the Earth's atmosphere after decommissioning in July 2019.

The Shenzhou-12 capsule will stay docked to the Tianhe core module until September. As of right now, the module provides life support, living quarters, as well as propulsion — courtesy of ion thrusters — to maintain orbit.

Next year, China is hoping to add more modules to its nascent space station  in order to conduct a number of scientific experiments in orbit. It will also be joined by the Xuntian optical module, a Hubble-class space telescope.

The new station will not be exclusively used by Chinese astronauts, and is open to foreign astronauts. The country is hoping to get at least ten years of use out of it.

More on the CSS: China's New Space Station Is Powered by Ion Thrusters