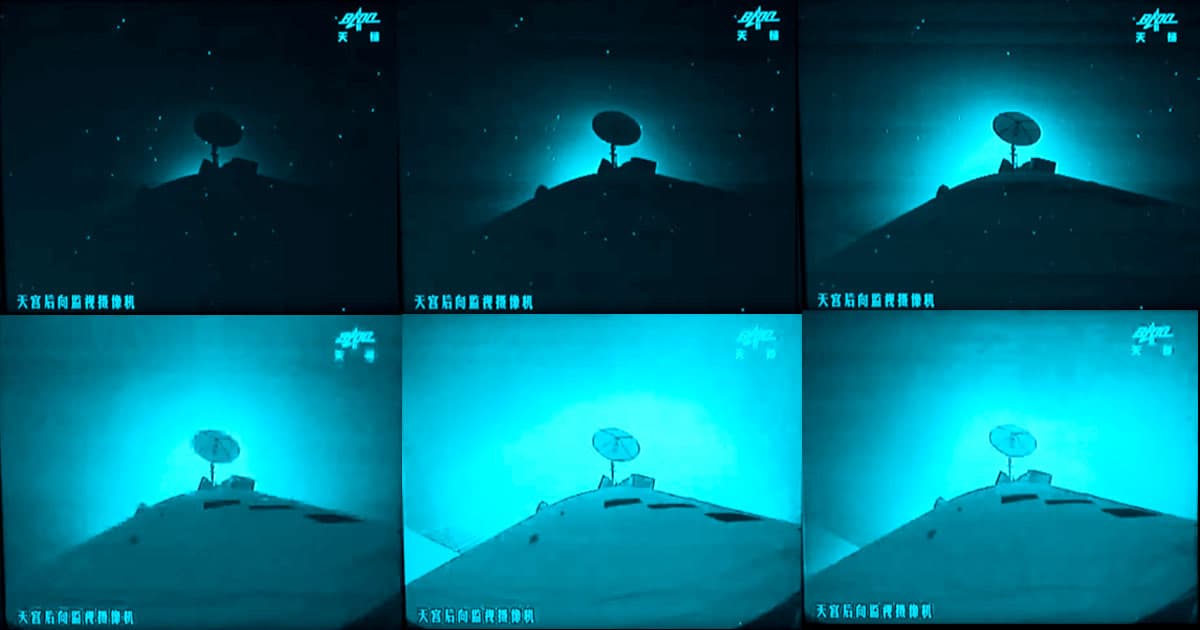 We Burned The Popcorn

Watch a Chinese Space Station Burn up in Earth's Atmosphere

The space station Tiangong-2 is no more.

The space station Tiangong-2 is no more.

On Friday, the Chinese space station Tiangong-2 was spectacularly decommissioned — it was set on a crash course with a remote patch of the Pacific Ocean called the "Spacecraft Cemetery."

Tiangong-2 is no more, but we can re-live its final moments. The state-owned China Global Television Network posted a YouTube video of the space station as it begins to incinerate while re-entering the Earth's atmosphere.

Most of the Chinese space station burnt up along the way, with some remaining fragments safely splashing down into the ocean.

Tiangong-2 was largely an experimental prototype outpost. Now that it's out of the way, China can work toward a more permanent presence in space with its planned 2020 launch of a full-sized space station that will continue the country's space-based scientific research.

More on Tiangong-2: China's Tiangong-2 Space Station Will Fall out of the Sky Friday