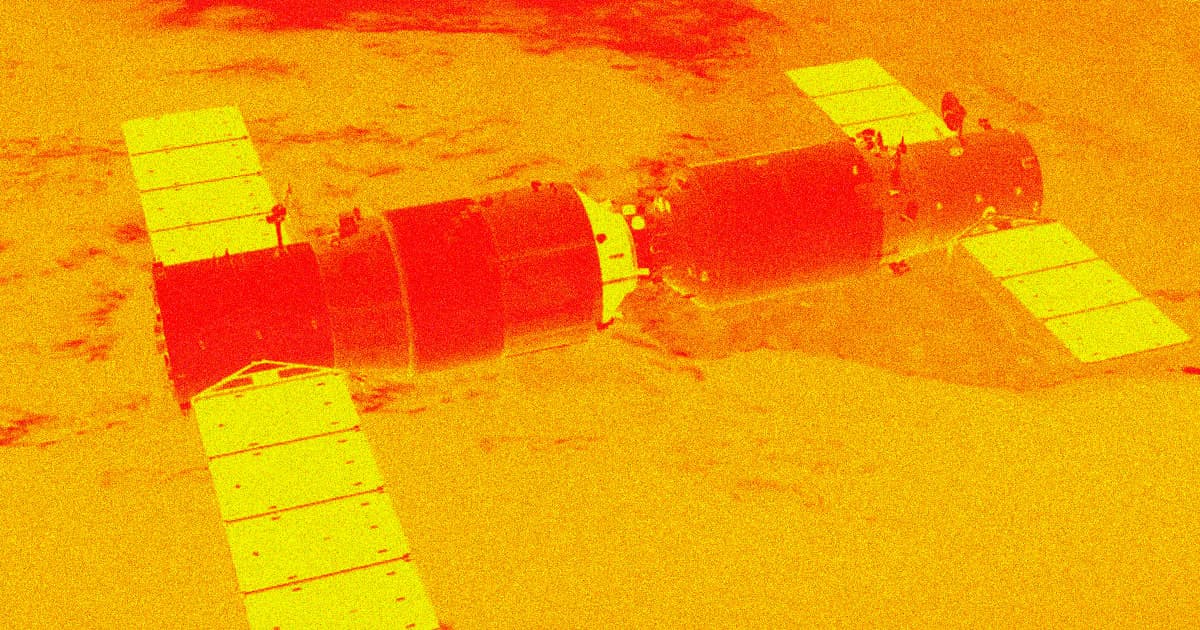 The prototype space station will be laid to rest in the Pacific Ocean.

The prototype space station will be laid to rest in the Pacific Ocean.

On Friday, China's space station Tiangong-2 will be formally decommissioned — in brutal fashion.

Tiangong-2 will fire up its thrusters and aim itself straight at an isolated patch of the Pacific Ocean, New Scientist reports, marking the end of the prototype space station's three-year journey in orbit.

China always planned to decommission Tiangong-2. All of the research and missions planned for the space station are done, per New Scientist, so now there's no reason to leave it in orbit, where it's cluttering up the night sky.

Tiangnog-2 will crash down to make room for China's full-sized and more permanent space station, expected to be launched in 2020.

Most of Tiangong-2 will be incinerated into nothingness as it re-enters Earth's atmosphere. But some fragments will survive re-entry, so those are being launched toward Point Nemo, a remote patch of the Pacific Ocean nicknamed the "spacecraft cemetery."

Once it's there, Tiangong-2 will rest for — presumably — eternity alongside hundreds of discarded rockets, satellites, and other spacecraft.

More on space stations: The Chinese Space Station Has Crashed in the Pacific. Why Was It So Hard to Track?