The country is betting big on electric spacecraft propulsion. 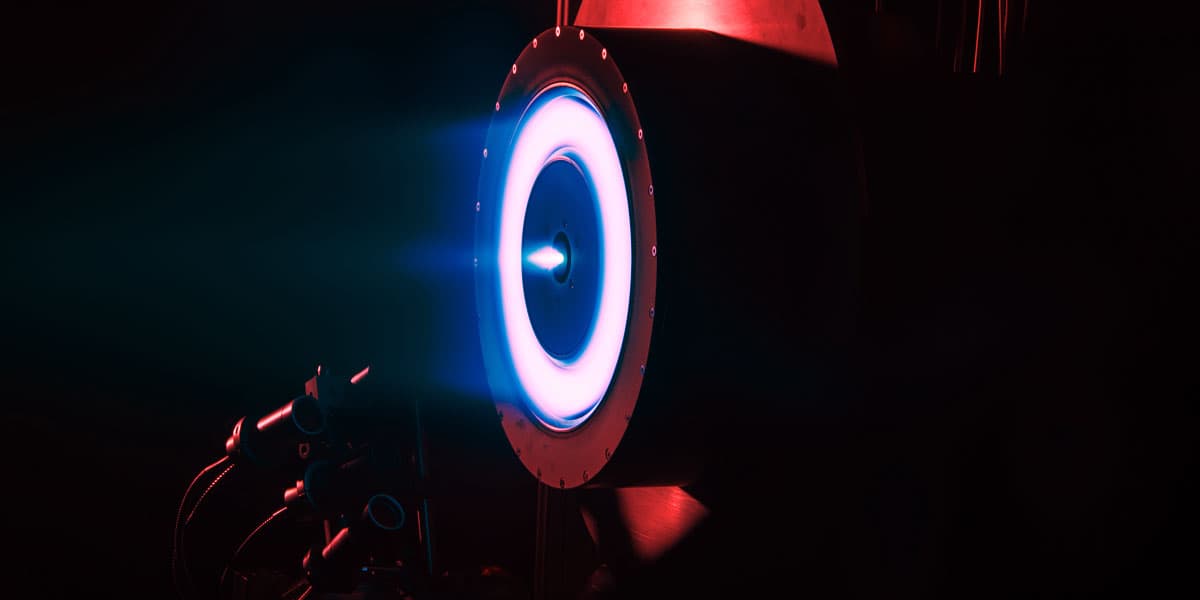 China's first module of its upcoming Tiangong space station makes use of ion drives, technology that could vastly cut down the time it takes to travel to Mars — and greatly reduce the amount of fuel needed to make that trip, as the South China Morning Post reports.

The module, called Tianhe and launched in late April, is powered by four ion thrusters that use electricity to accelerate ions as a form of propulsion. In fact, the module could soon become the first spacecraft in history to transport humans using the technology, according to SCMP.

Ion drives are orders of magnitude more efficient compared to chemical propulsion. To keep the International Space Station in orbit for a year, the thrusters consume four tons of rocket fuel. With ion thrusters, it'd need just 400 kilograms to stay in orbit for the same amount of time, according to the Chinese Academy of Sciences.

A trip to Mars could be cut down from eight months to just 39 days.

China is betting big on ion thrusters, hoping to use them not just for its space station  but for upcoming satellite constellations and nuclear-powered spacecraft capable of carrying astronauts to Mars as well, according to SCMP.

The technology has been around for decades, but mainstream adoption has been hampered by the fact that the thrust produced isn't very significant. Scaling up the thrusters could end up putting astronauts in danger and shorten the lifespan of satellites.

But scientists at the Chinese Academy of Sciences may have cracked the code. One of its ion drives currently in development has been burning for more than 11 months straight, according to the newspaper.

A magnetic field makes sure the particles don't create any damage or erode the engine, while a special ceramic material stops it from getting damaged by radiation.

"Space projects are usually very big," an anonymous Beijing-based space scientist told SCMP. "A typical mission involves hundreds or even thousands of individuals. But the competition in space is essentially a competition over some very small but extremely important details."

"The ion thruster is one of those areas where the devil is in the detail,” the scientist added.

Read This Next
Palliative Care
NASA's Mars Lander Refuses to Die Even Though It's Supposed To
Signs Of Life
NASA Seems Awfully Excited About Finding Organic Matter on Mars
Muellholland Drive
SpaceX Defector Is Aiming to Land on Mars Before Elon Musk
Mars Rock Blues
Mars Rock Samples Probably Won't Infect Earth With Deadly Martian Plague, Scientist Says
Carbon-Based
NASA Rover Finds New Potential Evidence for Ancient Life on Mars
More on Off World
Mount Olympus
Yesterday on the byte
NASA Astronaut Is Beefing With Russia Again
Scientific Slip Up
Friday on the byte
Scientists May Have Really Screwed Up on Early James Webb Findings
Awk
Friday on the byte
China and Russia's Moon Base Alliance May Be Falling Apart
READ MORE STORIES ABOUT / Off World
Keep up.
Subscribe to our daily newsletter to keep in touch with the subjects shaping our future.
+Social+Newsletter
TopicsAbout UsContact Us
Copyright ©, Camden Media Inc All Rights Reserved. See our User Agreement, Privacy Policy and Data Use Policy. The material on this site may not be reproduced, distributed, transmitted, cached or otherwise used, except with prior written permission of Futurism. Articles may contain affiliate links which enable us to share in the revenue of any purchases made.
Fonts by Typekit and Monotype.