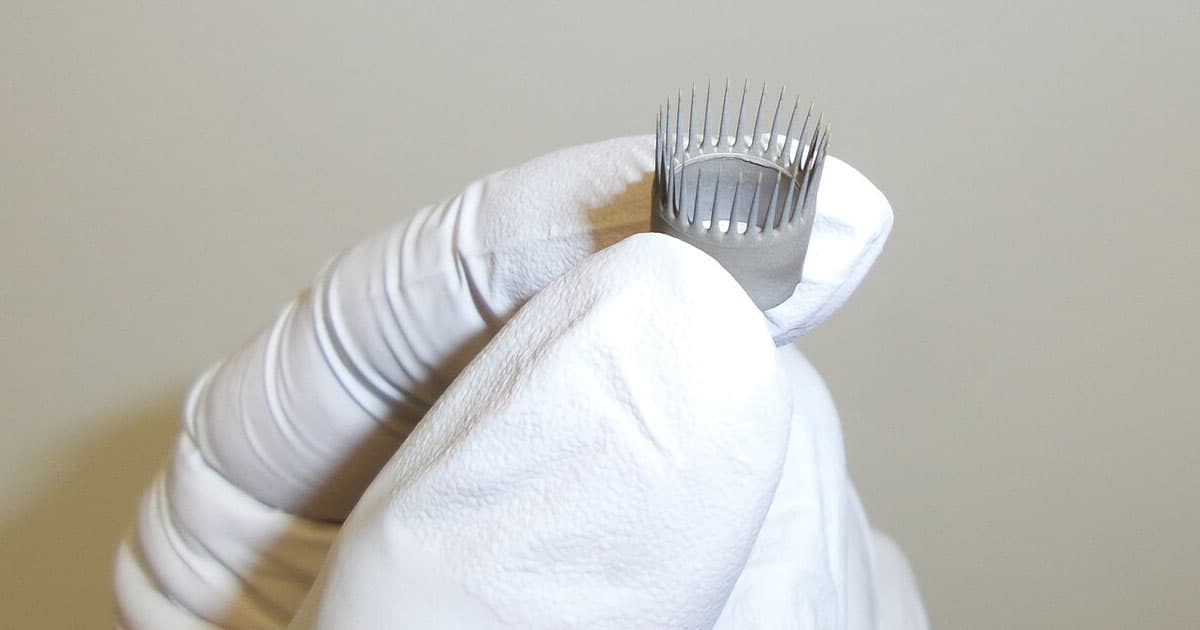 It may be small, but it's mighty enough to deorbit satellites.

It may be small, but it's mighty enough to deorbit satellites.

Scientists at the European Space Agency have created a miniaturized ion thruster that's capable of keeping a satellite steady while in Earth's orbit.

Liquid metal forming on a tiny spiked crown made of tungsten generates an electric field and shoots out positively charged ions, providing thrust. The crown is made up of 28 tiny needles and is just a single centimeter in diameter, less than half the diameter of a quarter.

Its performance is equally microscopic, only generating anywhere between 10 to 400 micronewtons — a tiny fraction of the power of a toy rocket.

But in space, even that low amount of power can allow satellites to hold their positions, and even gradually deorbit to make sure they're out of harm's way and don't become space debris.

To Mercury and Beyond

On the opposite end of the spectrum, a European-Japanese ion thruster used for the Mercury-bound spacecraft BepiColombo broke the record for the most powerful ion thruster in 2018. Its performance tops out at a maximum combined 290 millinewtons (290,000 micronewtons).

But even then, back on Earth, the forces involved are pretty underwhelming. A statement by the ESA at the time compared full throttle from one of BepiColombo's two thrusters to the force of "holding an AAA battery at sea level."

In the microgravity of space, however, things look a little different.