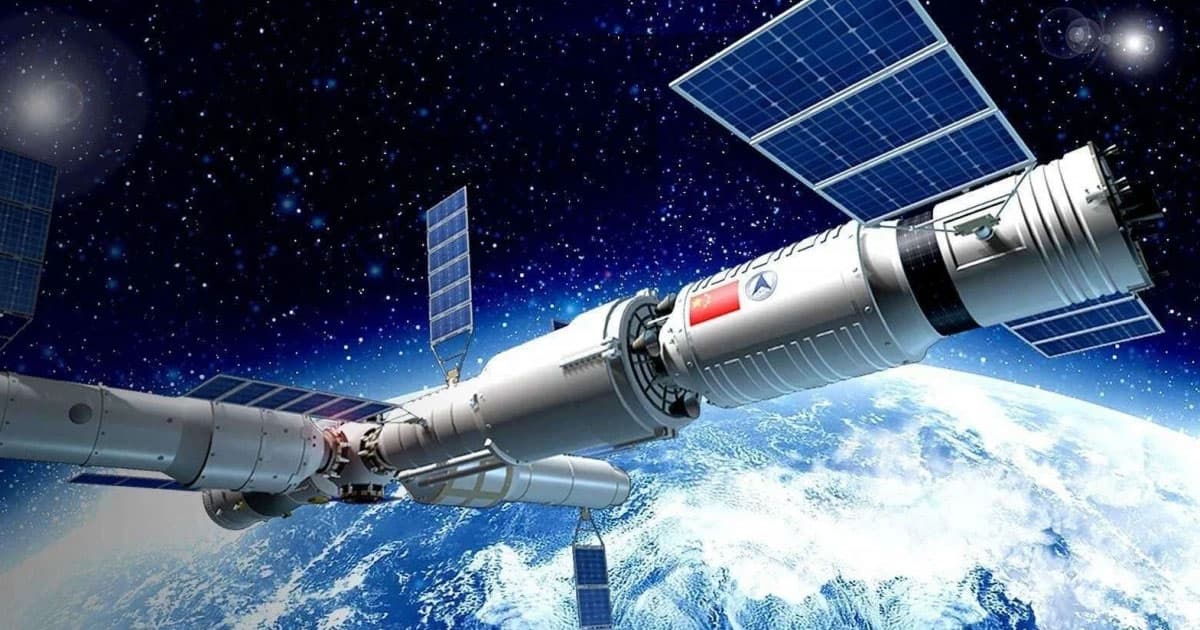 They're already training astronauts for the ultra-ambitious orbital facility.

They're already training astronauts for the ultra-ambitious orbital facility.

China has laid out an ultra-ambitious timeline to construct its “Heavenly Palace” space station — a plan that involves launch 11 missions before 2023, SpaceNews reports, to construct an orbital three-module lab.

The first piece to be launched into space is a massive, 20-ton core module that will eventually serve as astronaut quarters. China is hoping to launch the module as early as 2021, according to SpaceNews.

The Long March 5B is capable of lugging hundreds of kilos of cargo into orbit. It, along with a number of future variants, will be responsible for carrying up various components of the space station over the coming years.

The news comes after China successfully launched its Long March 5B rocket earlier this month, a vehicle designed to carry larger payloads to low-Earth orbit. Its predecessor, the heavy lift vehicle Long March 5, launched in December after an engine failure during a July 2017 test delayed the program.

As part of the 11 launches, China is also looking to launch a total of two experiment modules, four crewed spacecraft and four cargo spacecraft.

All together, the Chinese space station will serve as a test bed for a number of international scientific endeavors, from biotechnology to astronomy.

Chinese authorities will also be selecting up to 18 new astronauts from the People’s Liberation Army Air Force, SpaceNews reports. Training is already underway.