"Did they perhaps have a plan to de-orbit it that went wrong?" 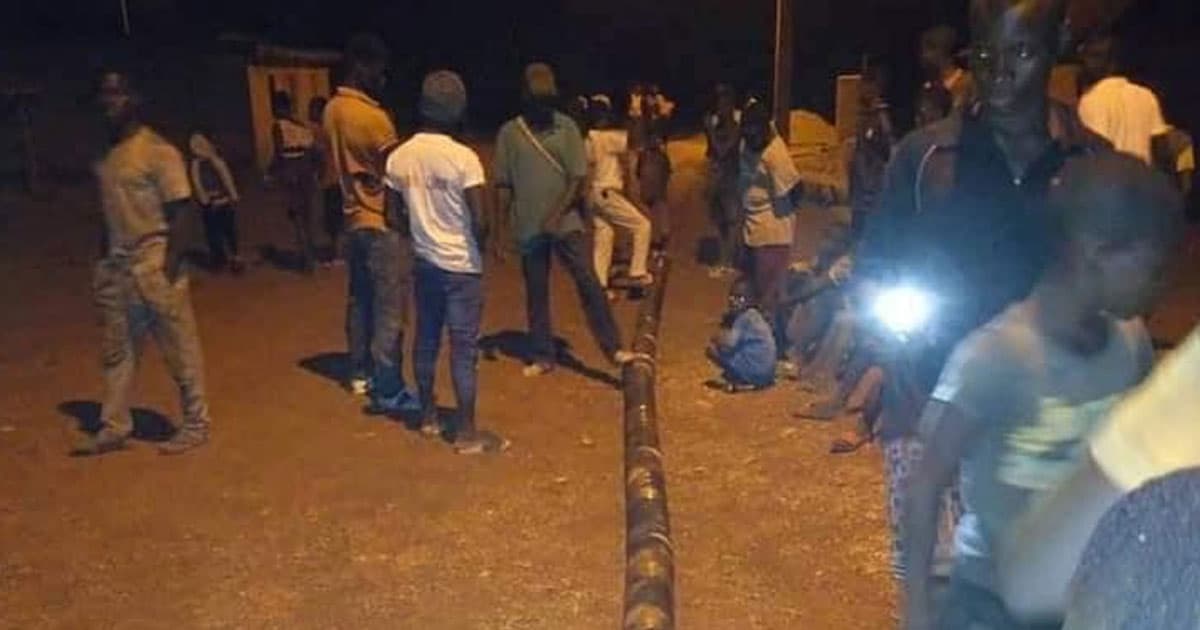 On Monday, the core of China's colossal Long March 5B rocket made an uncontrolled descent back to Earth. Massive chunks of the rocket screamed over and over several major US cities before splashing down in the Atlantic Monday afternoon, as confirmed by the US Air Force.

Now, it sounds as though parts falling off it may have left a trail of debris. According to The Verge, bits of the rocket appear to have touched ground on the Ivory Coast. Local media reported that mysterious metallic objects were raining from the sky.

"When you have a big chunk of metal screaming through the upper atmosphere in a particular direction at a particular time, and you get reports of things falling out of the sky at that location, at that time, it’s not a big leap to connect them," Harvard-Smithsonian astronomer Jonathan McDowell, who has closely followed the story about the falling rocket, told The Verge.

McDowell pointed out that the reported location of the debris aligns with the rocket's path.

The reported debris fall at Mahounou is near the town of Bocanda, which as you can see on this image is right on the projected ground track of the CZ-5B. pic.twitter.com/a0HVRlRKCn

Reports of a 12-m-long object crashing into the village of Mahounou in Cote d'Ivoire. It's directly on the CZ-5B reentry track, 2100 km downrange from the Space-Track reentry location. Possible that part of the stage could have sliced through the atmo that far (photo: Aminata24) pic.twitter.com/yMuyMFLfsv

"Did they perhaps have a plan to de-orbit it that went wrong?" McDowell told The Verge. "The Chinese have not discussed whether they had any plan of the sort, so therefore we’re forced to assume that they didn’t."

According to McDowell, the 21 metric ton rocket core was "the most massive object to make an uncontrolled reentry since the 39-tonne Salyut-7 [spacecraft] in 1991," as he pointed out in a tweet last week.

It might not be the last time we'll see Chinese rocket parts raining from the sky. China is currently working on its new space station, to be completed by 2022.

That means plenty of new objects will be "reentering a few days after launch," as McDowell explained to The Verge. "And that's not good."

READ MORE: An out-of-control Chinese rocket may have dumped debris in Africa after falling from space [The Verge]

More on the rocket: Oops: China Just Dropped a Huge Rocket Piece Back to Earth

Read This Next
Monkey Business
China Plans to Send Monkeys to Space Station to Have Sex With Each Other
Sanctions Chess
Russia Says It'll Buy Space Parts From China, But China Says Uhhh Not So Fast
Sleek and Shiny
China's New Space Station Looks Like an Apple Store Inside
Catching Zs in Space
The Bunks in the Chinese Space Station Are Absolutely Enormous
China Cooperation
Defying Congress, Elon Musk Calls for Cooperation Between NASA and China
More on Off World
Watery Grave
Nov 22 on the byte
Chinese Military Forcefully Seizes Debris That Philippines Recovered After It Fell From Space
Jetsam
Nov 22 on the byte
Lunar Lander Released by NASA’s Artemis 1 Mission Dies
Not Not Accurate
Nov 21 on the byte
Bad Guy in New "Indiana Jones" Movie Is Nazi Who Works at NASA
READ MORE STORIES ABOUT / Off World
Keep up.
Subscribe to our daily newsletter to keep in touch with the subjects shaping our future.
+Social+Newsletter
TopicsAbout UsContact Us
Copyright ©, Camden Media Inc All Rights Reserved. See our User Agreement, Privacy Policy and Data Use Policy. The material on this site may not be reproduced, distributed, transmitted, cached or otherwise used, except with prior written permission of Futurism. Articles may contain affiliate links which enable us to share in the revenue of any purchases made.
Fonts by Typekit and Monotype.